The BL-44 Reverse – Variable-Clock Reverser is a true reverse effect, based on the reverse section in OBNE’s popular minim. It will play back anything you play into it, but in reverse adding depth and harmony. Its immediate and tactile experience encourages experimentation to create anything from fast and fidelitous to slow and degraded reverse effects.

BL-44 Reverse will be available and shipping from Audio Distribution Group now!

From the creative brains of Old Blood Noise Endeavors, the BL-44 Reverse is a pedal that contends with the existential construct of “time”, as it actively seeks to push you to live your sonic life in reverse.

Through a highly intuitive and fun control set, this compact real-time reverse effect allows the user to instantly change the clock speed of the entire sonic system on the fly, letting you achieve sounds ranging anywhere from classic reverse, vivid harmonies to faded lo-fi memories.

Reverse Effects Pedal
Reads backwards what was most recently played and adds depth and harmony
Simple yet interactive control layout – for immediate tactile experience and to encourage experimenting
Clock slider – changes the effect from fast and fidelitous to slow and degraded
Speed knob – changes the read speed of the reverse effect – adjust to create impression of octave-down, fifth-down, fourth-down, unison, fourth-up, fifth-up, or octave-up sounds
Wet/Dry mix control
Soft-touch bypass switching
Pedalboard friendly size
Made in the USA
Powered by 9V DC PSU (centre -, 2,1 mm, ~110 mA current draw)
BL-44 is a true reverse effect, meaning it will write what you’ve played to memory, then read that memory from end to start and play it back for you, but with added depth and harmony from the interaction of the Clock slider and Speed knob. It aims for an immediate and tactile experience that encourages the player to keep their thumb on the slider and experiment.

The magic, the extra twist, the je-ne-sais-wow if you like, all comes from the Clock slider. This slider determines the thinking speed of the digital signal processor and sets everything related to time. It determines the sample rate and the overall length of the reverse playback and as you slide it, you feel the pitch slide and resettle. Just like you’d expect, as you play with the forces of time.

In addition, you have a Speed control, which will cause the system to read through its memory in unexpected ways, catching bits multiple times or missing pieces as it tries to read at speeds different from what was written. Plus, you have volume and mix controls and an on/off switch – I mean, we’re all reasonable people here.

https://youtu.be/QeBw48ZDGC4 The UK Drum Show which returned at the ACC Liverpool earlier this year, is set to expand for 2023 with key Educational features and ... Read More

LUMUT: Teluk Senangin Beach was chosen as the first site for the implementation of the Perak State-level Plastic Free Sea campaign. The selection of the ... Read More 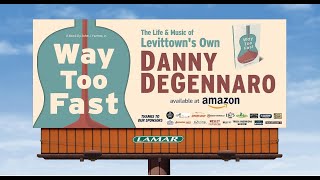 After the loss of his wife, critically acclaimed author John Farmer (The Ground Truth) met an unheralded singer-songwriter whose music became a source of healing ... Read More