AFTER the controversy slapped comedian Chris Rock, Will Smith finally decided to relinquish his Academy of Film Arts and Sciences or Oscar membership.

The Hollywood Reporter portal reported the matter, on Friday afternoon.

“I have responded directly to the Academy’s disciplinary hearing notice and I will fully accept any and all consequences of my conduct.

“My actions at the presentation of the 94th Academy Awards were shocking, painful and unforgivable.

“The list of those I hurt is long including Chris, his family, many of my friends and loved ones, everyone in attendance, and the global audience at home,” Smith said.

According to a statement quoted by an international entertainment portal, Smith is willing to accept any consequences deemed appropriate by The Academy.

“I betrayed the trust of the Academy. I denied the candidates and other winners their chance to celebrate and be celebrated for their exceptional work.

“I am heartbroken. I would like to return to focus on those who deserve attention for their achievements and allow the Academy to return to the incredible work it does to support creativity and artistry in film, ”he said.

The Academy previously said board members were discussing measures to be taken against Smith including whether to suspend, expel or ban his membership.

Smith was also given 15 days by The Academy to state a show cause letter for his actions which he described as a form of violence. 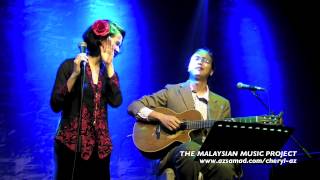 The entertainment center lurking behind the cafe was raided

ACTOR Azhan Rani, 45, today narrated the moment of the accident that happened to him in Jalan Templer, Rawang, Selangor, on 17 January. In an ... Read More