The ‘Nevermind’ baby once again filed a lawsuit against Nirvana

Spencer Elden claims the photos used by Nirvana when she was a baby were illegal and without her consent.

LOS ANGELES: The man who graced the cover photo of the album “Nevermind” from the famous group Nirvana in 1991 as a baby once again filed a lawsuit against the band.

Spencer Elden claims the photos used by Nirvana when she was a baby were illegal and without her consent.

Earlier a U.S. court judge had dropped the case against Nirvana filed by Elden.

In Elden’s latest lawsuit filed in Los Angeles on Wednesday, he defended his claim on child exploitation offenses for showing pictures of himself in the nude.

He said the picture was similar to child pornography which allowed the group to make a profit of tens of millions of dollars.

For that, he is seeking at least US $ 150,000 (RM630,000) in damages from each of the 10 defendants, which also includes surviving band members Dave Grohl and Krist Novoselic, Kurt Cobain’s ex-wife Courtney Love and photographer Kirk Weddle.

The album “Nevermind” featured Nirvana’s most popular song ” Smells Like Teen Spirit ” which sold over US $ 30 worldwide.

Grohl currently leads the Foo Fighters while Cobain died in 1994. 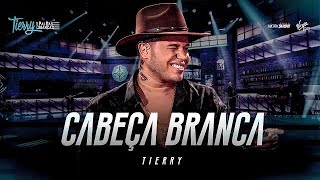 Once again Orange Amplification is launching their annual #wishgranted giveaway. Over the years this promotion has become a seasonal favourite for guitarists and bassists all ... Read More

Ableton, makers of innovative software and hardware for musicians, are delighted to announce another TWO FREE WEBINARS demonstrating how to get more from their powerful ... Read More