Streaming platform iQiyi partners up with Media Prima and Celcom

KUALA LUMPUR: In a bid to secure its position in Malaysia, iQiyi has announced partnerships with two local powerhouses, namely Media Prima and Celcom Axiata. Having ended 2020 on a strong note with an increased userbase, iQiyi is looking to invest in the local Malaysian content ecosystem via its partnership with Media Prima’s Primeworks Studios.

After the announcement, Dinesh Rathnam, iQiyi International’s country manager for Malaysia said that the newcomer iQiyi hopes to go beyond expanding its audience base.

As the most downloaded over-the-top (OTT) streaming app across both the Apple App Store and Google Play Store between August 2020 and February 2021, the fastest-growing streaming service in the country also hopes to amass a content catalogue showcasing Asia’s best entertainment.

“We want to be a mainstay driver of the local content ecosystem and build deep, long-lasting relationships with our users and partners,” added Dinesh. “The collaborations with Primeworks Studio and Celcom have natural synergies that allow us to deliver tremendous value and leapfrog iQiyi towards these goals.”

Via its partnership with Primeworks Studio, iQiyi will have exclusive first window broadcasting rights to most of TV3’s most popular local dramas.

Available on-demand, these shows will be streamed exclusively on iQiyi the same day it airs on Media Prima’s TV3.

Nini Yusof, Media Prima’s chief content officer said, “Our partnership with iQiyi is very much in line with our digital expansion strategy, reaching a wider premium audience not only within but also beyond Malaysia.

“We are delighted for local audiences to enjoy highly anticipated dramas and specials made exclusively available on-demand just one hour after its broadcast via iQiyi’s streaming platform.”

These TV3 titles will be available within a dedicated tab within the iQiyi application, which is also accessible on web browsers and will likely host more than 1,000 hours of premium local content by the end of 2021.

Singaporean and Bruneian viewers will also be able to catch these TV3 titles, with upcoming Ramadan and Raya specials made available to them.

iQiyi and Primeworks Studios have also collaborated on a “streaming-first” special called Shah Alam 40000, slated to air on March 29, at 12pm. iQiyi viewers will have exclusive and free access to the title for a limited period, while VIP subscribers can enjoy special episodic advanced viewing privileges.

Celcom, on the other hand, will be the official telco partner for iQiyi’s flagship variety production, Youth With You 3 (YWY3), China’s highly anticipated variety show with a Malaysian following thanks to its high production value and innovative viewer features.

This year, Malaysians will be able to vote for their favourite trainee participants and even write them letters via the iQiyi platform, thus facilitating a celebrity-fan relationship.

More details on Celcom and iQiyi’s other projects will be released in the coming months, with joint product offerings to complement its existing Direct Carrier Billing relationship being among them.

As Covid-19 is changing content consumer behaviour, Malaysians are increasingly turning to streaming platforms for entertainment purposes. Independent studies have also found that consumers are willing to embrace advertisements in return for free content or pay a small fee for fewer advertisements.

Celcom Axiata’s chief emerging business officer, T Kugan K Thirunavakarasu, added, “We are mindful that customers are looking for products and content that add value to their lifestyle and keep them connected at all times.”

“In tune with these needs, we will formulate tailored exclusive packages on local, Korean and International content for users on the go and at home,” added T Kugan. Among iQiyi’s premiered highlights this year are its first Korean original production ‘My Roommate is a Gumiho’ and its first Chinese-language SEA original, ‘The Ferryman: Legends of Nanyang’.

“We are committed to delivering the best in Asian entertainment and have seen our Korean and Chinese content resonate with audiences not only in Malaysia but across Southeast Asia,” said Dinesh.

“Conversely, what we are also seeing is a growing appetite for Southeast Asian stories in China. Therefore, besides catering to our local audiences, we also hope to provide a platform for the global export of local content, allowing homegrown producers to reach an international audience.”

For over 50 years, Maxon has been renowned for its effect pedals ever since Maxon’s parent company Nisshin Onpa started designing them in 1969. However, ... Read More 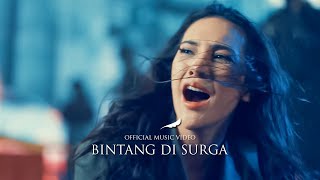