“I am delighted to join forces with the Saban Music Group and to be supported by the business acumen and artistic instinct of Haim and Gus,” says Don Omar , “and I look forward to reuniting with my followers. fans and my audience doing what I love the most and presenting them with the exciting new music that I am preparing. ”

“Don Omar is one of the music stars who has transcended the most over the past two decades, he set the tone for the entire Latin Urban genre; without his charismatic presence on stage, his deep compositional skills and his powerful voice, Latin music would be something totally different today, and we are honored to join forces with him, ”said the music tycoon. Haim Saban entertainment .

This partnership brings together the Puerto Rican phenomenon and pioneer and SMG CEO Gustavo López, who have worked together tirelessly to launch Don Omar’s career . “Don will always be family to me,” says López enthusiastically. “When the opportunity to work together again presented itself, I felt like not a single day had passed. And yet he now produces the best music of his career. ”

The agreement provides for SMG to bear all recording and marketing costs, as the company does for all of its artists.

ABOUT SMG:
Saban Music Group (SMG) is a global music entertainment company founded in 2019 by Haim Saban, pioneer and global leader in the entertainment industry and Chairman and CEO of Saban Capital Group. Since its launch, SMG has been led by music veteran Gustavo López, who has built his career signing leading artists and developing content for the global music audience. SMG engages in the globalization of music by identifying, signing and developing artists with international appeal. The music entertainment business is committed to providing resources to its artists through a 360 model that encompasses recorded music, publishing, touring, brand partnerships, merchandising, and more. SMG has offices in New York and Los Angeles .

Jai-Jagdeesh, Faces Truth and Reclaims Her Self in Latest Single: ‘Road to Somewhere’

Singing the Road to Wholeness - Musician and Songwriter, Jai-Jagdeesh, Faces Truth and Reclaims Her Self in Latest Single: 'Road to Somewhere' LOS ANGELES, April ... Read More 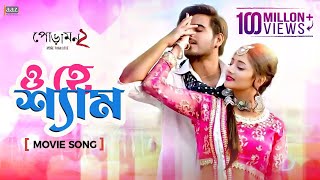