KUANTAN, Feb 7 — The proposed standard operating procedures (SOPs) to allow arts activities to be carried out including studio and outside filming as well as live events will be presented at the National Security Council (MKN) meeting Monday, said Communications and Multimedia Minister Datuk Saifuddin Abdullah.

He said the proposed SOPs, which would be stricter than the previous ones, were expected to be immediately approved in order to ensure the survival of those involved in the arts industry who are currently trapped in the ‘no job, no salary’ situation.

“We understand that 80 per cent of crew members involved in drama or film productions are paid on a daily basis. Their pay becomes limited if they are only allowed to work during studio filming when most of the scenes should be shot outside,” he said.

He said live events such as busking activities have also become a concern for the ministry as it is the main source of income for many including the disabled.

Saifuddin, who is also Indera Mahkota member of parliament, said this at the press conference held in conjunction with the 2021 Back to School Programme held at his service centre here today.

According to Saifuddin, the proposed SOPs were jointly developed by several parties including the National Film Development Corporation Malaysia (Finas) and relevant associations.

He said those involved in the industry have also agreed to comply with the SOPs and were prepared to be monitored by Finas and external parties such as the People’s Volunteer Corps.

On the Back To School Programme, Saifuddin said his service centre had allocated RM300,000 to be distributed to 1,080 students from the B40 segment.

Sixty students from two orphanages received school items and vouchers worth RM150 each at the programme today.

Saifuddin also handed over a cash donation worth RM1,000 each to 47 schools in the constituency to organise prayers ceremony for candidates of this year’s Sijil Pelajaran Malaysia examination.

HOLLYWOOD FAMOUS Justin Bieber who was supposed to perform in conjunction with the Justice World Tour in Las Vegas on Sunday was confirmed positive for ... Read More 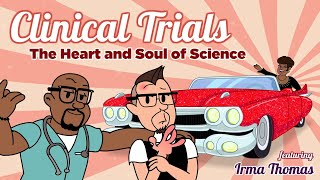