Audio Distribution Group are pleased to announce the new SolidGoldFX EM-III Multi-Head Octave Echo; the smallest, most powerful and by far the most versatile SolidGoldFX delay pedal to date.

Building on SGFX’s Electroman Delay legacy, the EM-III manages to both echo the past, present and future. With EM-III’s wide-ranging yet ultra-intuitive control set, warm analog-voiced echoes, precise and modern delay, as well as experimental and futuristic sound designs, are all just a single stomp away.

Multi-Head Tape Delay pedal, with Octave and Modulation
70 to 1000 mS delay time with Tap Tempo
Colour Knob – for crisp and bright tape echo to super thin lo-fi repeats
Warp feature – for instant self-oscillation Wall-of-Sound Swells
Glitch feature – replicates snapping tape sounds
Switchable True Bypass/ Buffered Trails modes
Top-mounted jacks – for ease of pedalboard mounting
Hand-made in Montreal, Canada
Powered by a regular 9 V DC PSU (centre -, 2,1 mm, ~70 mA current draw)
At your feet (or fingers) you have a multi-head tape style echo, with the ability to add in a signal an octave lower to the primary delay head. This can result in dancing, rhythmic delays with body and gravitas, as well as bold washy soundscapes. These two core features are controlled via a single mini-toggle. Flick it left to select between 1, 2 or 3 delay heads or flick it right to toggle the octave effect on and off. From there, just set your Delay Level, Repeats and Time via the knobs or tap in your preferred tempo via the soft-click tap tempo switch.

The EM-III also sports delay modulation introduced via the Flutter control. Keep it at center position for no modulation. Dial it left for a slow and dreamy chorus-like modulation or right for a faster vibrato, letting you create lush oceanic movement, tape-style crinkles, eerie tension and beautiful dissonance.

The colour knob allows you to engage both high-pass and low-pass filtering. Dead-center you have a pristine full-frequency digital delay. Dial it to the left and you cut the highs, creating warm, murky analog-esque repeats. Dial it to the right and you suck out the lows for crisp and bright tape-style repeats or super thin lo-fi delays.

EM-III also brings interactive warp and glitch features to the tonal table by pressing and holding either Tap, Bypass or both at the same time. Hold Tap to increase the repeats until self-oscillation, creating a swelling wall of sound. Hold Bypass to replicate the sound of a tape motor on the fritz and a tape reel snapping, or hold both for glorious noise seances that will act as the perfect song/set closer.

Additional features include soft-touch, relay based, true bypass switching with the option of buffered trails, top jacks and up to a full second of delay time. Designed to inspire and evoke emotion, EM-III can sound as pretty and cheerful or as dark and macabre as you wish. SolidGoldFX invite you to tune up, plug in and immerse yourself in the EM-III experience. 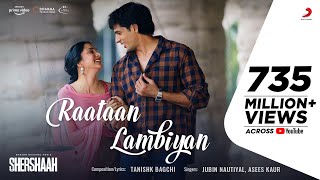 Peavey UK are delighted to announce the immediate availability of the invective™ MH Mini Amp in the UK & Ireland. Following the success of the ... Read More