Siti Are You Ready ?: The sweet cover of 2021 for Siti Nurhaliza

KUALA LUMPUR: Since the day of the announcement on December 22 about the screening of her documentary, Datuk Seri Siti Nurhaliza’s official Facebook page has not stopped receiving visits from her lovers.

The sharing of stories and experiences from his loyal fans like translating their love to the beloved baby of many did not budge an inch.

Through what her backbone shares, Siti Nurhaliza will certainly remain their favorite singer.

Thus, the announcement of the screening of the documentary film, Siti Are You Ready? and Dato ‘Sri Siti Nurhaliza On Tour Concert – Live In Concert produced by Siti Nurhaliza Productions (SNP) and Shiraz Projects at Astro First starting December 30 (tomorrow) were greeted with joy. 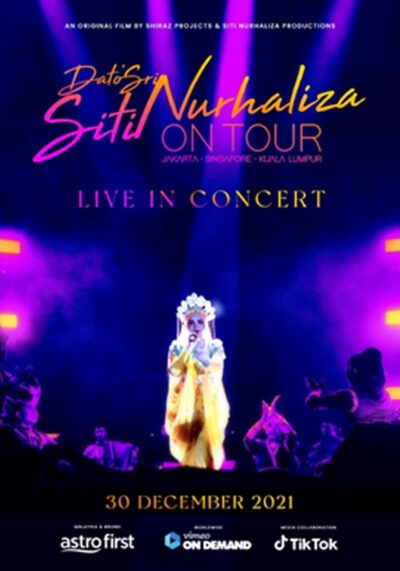 The good news shared by the 42 -year -old performer seemed to cure the longing to see their favorite star on stage, only to be able to watch it on TV.

The strong support of the fans as always mentioned by the owner of this golden voice is the ‘strength’ and motivation for him to continue to make the country’s art scene fragrant.

“Every time I come up with the latest work or piece of art, I know how the support of the fans, especially those who have been waiting for a long time. Here is a documentary film that I appeared for the first time but I personally want Siti: Are You Ready to end 2021 with something sweet, ”said Siti Nurhaliza in an interview. 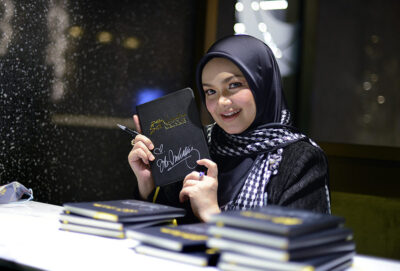 The documentary film, the story of the singer of the song Jerat Percintaan and Nirmala is too personal for him and it is appropriate that the special copy is shared with the whole community.

According to the mother of Siti Aafiyah Khalid and Muhammad Afwa Khalid, the work is based on reality, not acting.

“This documentary film was recorded from the first day we gathered, met until the last day of the concert. All these moments are real travel and situations, this means what you see is me, Siti Nurhaliza.

“Before, I only shared a piece of behind -the -scenes clip, but this time it was made into a spectacle for 1 hour and 20 minutes.

“That is the real side of me as Siti Nurhaliza. You will see how I chase from one place to another, my simple style, eating also just had time in the car and so on. All that is not acting because my every move is recorded, ”revealed the famous singer again.

Personally, Siti Nurhaliza thinks that she really enjoyed the documentary.

Coincidentally, the manpower behind the production of the documentary has often worked with him to make each resulting plot meet his goals and desires.

“I am happy and impressed with the work of Rasa Film, who is also the director of this documentary and they also edited the Siti Nurhaliza On Tour concert.

“They have been working with me for a long time and already understand me, not to mention they are also my fans, everything is going well. From minute to minute, I can feel her aura in all aspects, visual, editing, audio and others, ”said Siti Nurhaliza as her lips carved a happy smile.

Siti: Are You Ready? is an 80 -minute documentary film featuring on -stage and behind -the -scenes moments, live performances and “Untold Story” during the “Dato ‘Sri Siti Nurhaliza on Tour” Concert tour in three countries namely Indonesia (Jakarta), Singapore and Malaysia ( Kuala Lumpur).

Marissa Nadler – ‘The Path of the Clouds’ review: a haunting sonic departure

Inspired by the long-running documentary series Unsolved Mysteries, the prolific singer-songwriter immortalises people whose stories need to be told As a child, Marissa Nadler was ... Read More

sE Electronics are the latest company to confirm their participation at The UK Drum Show and complete all booth sales nearly 7 months in advance ... Read More