SINGER and actor Chubb-E appeared to apologize after causing a commotion over some of his pictures with a sexy woman.

“Peace be upon you and please to meet you. On this blessed Friday I Chubb-E, hereby publicly apologize to all, regarding the pictures from the music video of my song Rambang before the actual screening that has been spread recently.

“I am aware that the picture is a scene that is not suitable to be watched by any party or individual.

“With a sense of humility, I once again apologize to everyone for my mistake. Thank you and Ramadan greetings, “he said.

For the record, Chubb-E’s previous name suddenly ‘exploded’ on social media when several pictures of him with a sexy woman were infected.

It is understood that the picture is an excerpt from the music video of the latest song sung by Chubb-E and Zyc entitled Rambang .

Based on the two photos, a female model was seen sitting on the ‘arm rest’ of the chair occupied by Chubb-E.

However, what is more shocking, the Pan-Asian-faced model only wore a jacket to cover her arms and back while other parts were left exposed.

In fact, some claim that the model’s appearance is too sexy. 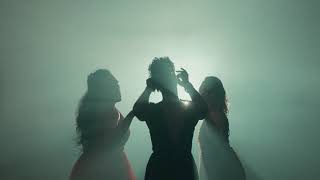 Circle the Earth, Signs with EKC PR and Performs a Free Show at Whisky a Go Go