On 3 September 2021, the company filed for ‘Administration’ under UK business law. In legal terms, administration is not the same as bankruptcy, but it does mean that the company acknowledges that it is unable to pay all its current debts, and it allows for company restructuring to take place.

The company was founded in 2009 by Roland Lamb, a graduate student from London’s Royal College Of Art.

The first prototype instrument was a keyboard – the ‘Seaboard’ which designed a ‘keywave surface’ enabling it to be played in the same way as a bowed instrument, rather than using the standard static key responses.

Roli has offices in London, New York and Los Angeles, and its products sell in more than 40 countries.

Musician Pharrell Williams is its Chief Creative Officer and is understood to have a significant financial interest in the company.

Significantly, Roli Is one of the British Government’s ‘Future Fund’ projects that has thus far invested £1 billion of public money in a variety of companies looking for financial support to offset the effects of the Covid pandemic.

MIN understands that the fund which is run by the British Business Bank, has discretion to allocate between £125,000 and £5 million from government funds, financed by the public purse – the amount advanced has to be matched by additional investors.

Roli already has plans to re-brand and re-launch itself as a new business called Luminary, which will focus on digital music lessons and aims to become the ‘Peloton for the piano’ – aping the success of static home cycles format that is linked to a central communication hub that plays various cycling activities to subscribers.

The new product uses a ‘light-up’ keyboard to assist novice keyboard players in finding which notes to play during lessons.

The new venture has already received £5million of backing from Hoxton Ventures who were an early financial backer of the Deliveroo franchise network.

Mr Lamb is to remain as Chief Executive, and many of the 70 staff are expected to switch across to the new company.

A British Business Bank spokesman declined to be drawn into the financial specifics involved in the Government-funded portion of the company’s funds, saying only “We do not comment on individual companies. The Future Bank helped keep investment flowing to innovative UK businesses during the pandemic.”

MIN understands that most of the shareholders in Roli will lose their entire investment and it is unclear whether any lenders, which include the Government-funded Future Fund, will receive any money back from their investment once the restructuring has been completed.

It is understood that the Future Fund debt will be classed as ‘unsecured credit’ leaving the British Government with no legal redress to recover any of the public money it has invested.

The Treasury has declined to comment on the matter. 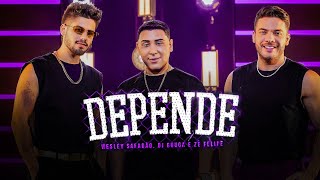 Music Instrument News has been contacted by a number of MI businesses informing MIN of pending date changes to the 2-4th (Thursday – Saturday) of ... Read More

PU Riz left special messages and quotes for his son to become a pious child.