On the heels of the single release, Rita Wilson will host a free Zumba class on March 8th commemorating International Women’s Day. For every person who registers for the class, Zumba will donate $1 (up to $10,000) to Women In Music, the industry’s leading non-profit working to advance the awareness, equality, diversity, heritage, opportunities, and cultural aspects of women in the musical arts through education, support, empowerment and recognition. The class will be led by one of their top instructors, Gina Grant. More information and registration for the class is available HERE. Additionally, Zumba instructors in 186 countries will be using “Hello World” today in their live and virtual classes available on www.Zumba.dance.

“Hello World” is a bridge connecting women of all backgrounds and ages through the power of music, movement, diversity and strength. After a universally challenging year, the song is a welcome anthem filled with a renewed sense of hope. Its high-energy, pulsating beat is coupled with musical influences from around the world, resulting in a melting pot of styles and sounds topped with an inspirational message. Rita sings, “We can dance til we fall, we just gonna move on through the dirt and the hurt. So we learn to be strong, set a fire in your soul. Let it burn, let it burn. Keep rising up. Enough’s enough – say hello world.” The track shows a fun new musical side of Rita whose more intimate music straddles the pop/country space. The music video reflects the track in its joyous optimism, representing women around the globe and features Rita along with an international cast of influencers in the world of Zumba doing what they love – dancing.

The origins of “Hello World” were completely organic. Rita was visiting a health spa and became enthralled with Zumba, the wildly popular international exercise fitness program. She immediately clicked with her instructor Michele LaRocque. LaRocque, in turn, admired Rita’s singing/songwriting talents, leading her to introduce Rita to the Zumba team. The two parties instantly clicked, quickly began collaborating on a song and “Hello World” was born.

Wilson comments, “The joy that comes from being able to move or dance, without inhibition or judgement, and just for the delight of it, is what inspired me to collaborate with Zumba to co-write and perform this song, ‘Hello World.’ My Zumba instructor, Michele LaRocque was such a positive force through her energy and spirit, I saw her and said, ‘I’ll have what she’s having!’ I truly hope this song will make people want to blast some music and dance to their hearts content. You simply cannot be in a bad mood when you get those endorphins going. To be dropping the song for International Women’s Day, along with the talents of Claudia Leitte, and Raja Kumari, highlights how women have always worked together to get things done. See you on the dance floor, or maybe your backyard! In any event, I am honored to say ‘Hello World.'”

Sergio Minski from Zumba adds, “What started as an introduction to Rita through her Zumba Instructor Michele LaRocque, has developed into a song with three extremely talented artists and a powerful message that is needed now more than ever. Zumba has always been a platform that connects people and music all over the globe, and we are excited for everyone to feel as inspired by ‘Hello World’ as we are.”

An accomplished singer/songwriter, Rita is also celebrated for her work as an actress, producer, and philanthropist. In March of 2019 she received a Star on the legendary Hollywood Walk of Fame in honor of her rich film career. With her first love being music, Rita has four studio albums under her belt, as well as a string of recent singles including “I Wanna Kiss Bob Dylan,” “Where’s My Country Song,” “What I Would Say,” “Pray for Peace” and “Everybody Cries” from the film The Outpost, nominated for “Best Song” by the Critic’s Choice Awards and winner of Hollywood Music in Media Award’s “Outstanding Song for Independent Film.” Over the last several years, she has toured the world over performing on such iconic stages as the Grand Ole Opry, The Sydney Opera House and Walt Disney Concert Hall as well as coveted slots at music festivals including Stagecoach and CMA Fest among others. Rita also hosts her own radio show “The Spark” heard exclusively on SiriusXM’s VOLUME Channel.

Founded in 2001, Zumba® is the largest branded fitness company in the world – reporting more than 15 million weekly participants, in 200,000 locations, across 186 countries. Zumba blends contagious world rhythms with easy-to-follow choreography for an effective workout that empowers participants to become their best selves – mind, body and soul. In addition to its original Zumba program, the company offers 10 Zumba specialty classes – from aquatic-based to those specifically designed for active older adults and children. In 2016, Zumba launched its first non-dance, HIIT workout STRONG Nation™, where music acts as the main motivator. The Zumba lifestyle is rounded out by the company’s many consumer product offerings, including video games, original music, activewear and footwear, and interactive Fitness-Concert™ events. For more information about Zumba’s programs and products, or to find a live or virtual class, visit zumba.com. Follow us on Facebook and Instagram. 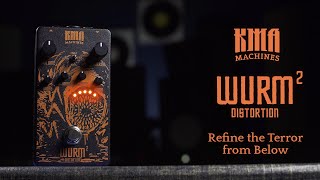 KMA announced a very limited edition of it’s WURM pedal in 2020, which was an immediate success. This new and reborn version of KMA’s now ... Read More

MONTREAL, Jan. 12, 2022 /PRNewswire/ -- Marilou Audrey Burnel, popularly known as Machi, is not slowing down in the pursuit of helping to create good ... Read More 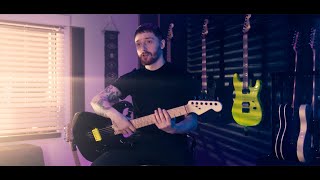