“This concert is a way to give back to the next generation while celebrating the end of 2021 with the greatest hits released this year by our label’s artists,” said Josh Mendez, RichMusic’s COO and Co-Founder.

Fans tuning into “Remixing Tomorrow: The Always Dream Series” live-streamed concert can support through a donation link available during the broadcast. One hundred percent of the proceeds will go to Miami Music Project.

“It is so encouraging to see industry leaders such as RichMusic step up and get involved in charitable causes in a meaningful and impactful way. Miami Music Project seeks to create pathways that inspire artistic excellence, opportunity, and brighter futures for children and youth,” said Anna Klimala, Miami Music Project’s President.

For the last 13 years, Miami Music Project has empowered children in the greater Miami community with values of leadership, collaboration, determination, teamwork, and more through its signature orchestra programs and chapters in Little Havana, Little Haiti, Miami Gardens, Miami Springs, and Liberty City. Miami Music Project hopes to encourage and motivate local youth with a passion for music to become leaders and innovators in the years to come.

Aligning with more community partners like Miami Music Project is a priority for RichMusic. That is why, in addition to priding itself as a label that builds up artists and encourages their individuality, RichMusic is making it a point to give back. These efforts began with a summer workshop where RichMusic welcomed more than 20 Miami Music Project students to its headquarters. RichMusic executives and up-and-coming artists shared fun insights and essential music industry knowledge. The label also kick-started a Fall mentorship program, welcoming five Miami Music Project students to learn about the diverse career paths available in the music world through a hands-on, one-on-one perspective of the industry.

“RichMusic hopes to motivate the next generation to always dream. It’s not just our company motto; it is our way of life. Dreaming has allowed RichMusic to make huge waves, and now it’s our turn to encourage others to dream the same way, especially from a young age,” Josh Mendez, RichMusic’s COO and Co-Founder said.

Miami Music Project President Anna Klimala added, “RichMusic, through their mentorship provided to our students and their generosity in organizing this incredible benefit concert, is helping impact young lives and lift up the communities we serve.”

The end-of-year concert will prioritize giving back, celebrating the end of 2021, highlighting the label’s team with special mentions during the broadcast, and giving fans an inside look of the village it takes for their favorite artists to succeed.

ABOUT MIAMI MUSIC PROJECT:
Miami Music Project is a 501(c)(3) non-profit organization that uses music as an instrument for social transformation, empowering children to acquire values and achieve their full potential, positively affecting their society through the study and performance of music. Miami Music Project’s vision is to create opportunity and access through music for those most in need, improve the quality of life for children today, and ultimately transform their lives, the lives of their families, and their communities. Emerging as a model for music education programs nationally, Miami Music Project offers free of charge, after-school programming to all students with no barriers to entry, regardless of race or economic status. As of today, Miami Music Project has reached thousands of children and youth across Miami-Dade County, becoming one of the largest socially transformative music initiatives in the US. Miami Music Project’s programming is inspired by the El Sistema phenomenon – a new model for social change and a visionary global movement that transforms the lives of children through music. To learn more, visit miamimusicproject.org. 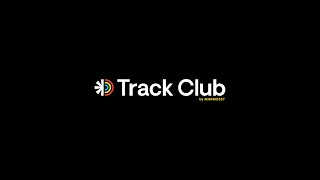