MIAMI, Nov. 22, 2021 /PRNewswire/ — Miami-based pop singer-songwriter Taylor Castro releases the timeless “Jade” alongside the music video as the lead single ahead of her forthcoming album Girl, Afraid, out this month. The 22-year-old singer and actor reveals the new harmonica and piano-centered track as the “most personal song I’ve ever released.” Produced by Peter Wallace (Pink, Michael Bolton), “Jade” elegantly tells the story of childhood friendship that fades away.

“After seven years of trying different sounds, I finally feel like I’ve found mine. It’s then only fitting that the story and lyrics behind ‘Jade’ would be the most personal and genuine I’ve ever released too. Jade is about adolescent friendship that fades during the transition into adulthood, as people begin to slowly walk towards their side of humanity. It’s a reminiscence and reflection on regret. It’s the realization that the loss of innocence began, in and of itself, with the epitome of purity. Lastly, it’s a call back home, to that suburban cul-de-sac. It’s a song that forgives itself, digging up the dusty toy box and making it new again.”

Fear is a major theme on the album, and “Jade” begins to paint the picture of how delicate and formative teenage years can be in a young person’s life. Castro sings the stinging lyric “Friendships fade around fifteen / like emeralds fade to jaded green / though I had always thought I’d see us cry at each other’s weddings.” Losing a friend is one of the initial reality checks humans face as they evolve into adulthood, and it’s something not fully in our control. As an artist, control of one’s talent and career is certainly something to worry about and she embraces her own Obsessive-Compulsive Disorder on title track “Girl, Afraid” to normalize any stigma around what she has suffered with since the age of ten.

Taylor Castro penned the entirety of the upcoming Girl, Afraid and most recently, Castro’s single “Girl, Afraid” won the Best Female Vocalist honor at the 2021 Hollywood Music & Media Awards and her single “Abyss” earned her a nomination for Best Pop Vocal.

Sample library developers Orchestral Tools have announced the release of Opaline, the newest addition to their ever-expanding series of Creative Soundpacks. Opaline is aimed at ... Read More

Triumph Motorcycles & Gibson have recently collaborated to create a one-of-a-kind custom guitar and motorcycle to support The Distinguished Gentleman’s Ride charity. Building on a ... Read More 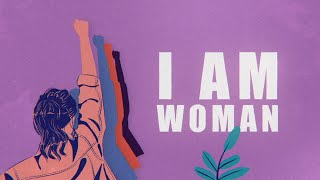