The avatar of Meghan in the Bingo Blitz game

The power of transformation and reinvention are central to Bingo Blitz, which is the world’s most popular free-to-play Bingo game enjoyed by over one million players every day2.

Over more than a decade, the game has redefined Bingo and taken the classic game to new levels of interactivity and player experience.

“My husband and I are both definitely hooked on this game, we’re very competitive people,” said Meghan Trainor behind the scenes of the commercial shoot. “When I get Bingo, it’s like my birthday but better!”

“With everything going on in the world, I don’t get to travel as much, which is another reason why I love this game,” she continued.

“I am travelling the world from the comfort of my own home in my own bed!”

Meghan Is All About That Game

The commercial sees Meghan sharing her love for Bingo Blitz with an incredibly catchy and amazing new version of her 2014 monster hit “All About That Bass”, re-titled “All About That Game!”

The commercial’s plot starts with the star relaxing in her lounge playing the Bingo Blitz game, before she is suddenly immersed into the Bingo Blitz universe, transforming into a cartoon-like avatar in the process.

What follows is a whirlwind tour of a few of the global cities featured in the Bingo Blitz game, with the game’s much-loved mascot BlitzyTM as her guide.

As part of this US-wide campaign, Trainor also has a presence within the Bingo Blitz game itself, where her avatar interacts with players as they strive to achieve their own ‘Bingo!’ moment. A separate, love-themed, virtual ‘room’ has been created to mark Valentine’s Day and features Meghan’s avatar shooting love arrows to mark this special time of year.

Taking Bingo to the next level

This partnership with Meghan Trainor marks another important milestone in the story of Bingo Blitz since the game’s launch in 2010.

Last year, the game reached new audiences across the US and beyond by launching the viral hit song “She’s Bingo”, featuring global superstars Luis Fonsi and Nicole Scherzinger, with an accompanying national ad campaign.

Having led the charge for Bingo in the digital age, the studio continues to grow its massive global player community.

Lior Itzhak, General Manager at Bingo Blitz, commented: “Our ambition is to re-define bingo and make it a game for everyone, so when people think about the game they associate it with interactivity, excitement and of course Bingo Blitz! Having Meghan as a champion for the game, and to have her reinventing one of the biggest pop hits ever to show her passion for Bingo Blitz is incredible. Working with her has been a blast for the whole team, and we are proud to have her as part of our global player community.”

Bingo Blitz is available to download for free on the App Store and Google Play.

Bingo Blitz is the #1 free-to-play bingo game3, with over 1 million active players per day on social networks and mobile platforms, forming a large community of players from all over the world. At Bingo Blitz, we care about our players and are driven by a commitment to provide them with the highest quality product and user experience. Through a high-action, skill-based game, packed with exciting narratives, innovative features, and mega prizes, our mission is to reinvent the way people play Bingo. Our unique social platform and content make it fun and easy for millions of people to play and connect with each other worldwide.

Playtika Holding Corp. is a leading mobile gaming entertainment company with over 35 million monthly active users across a portfolio of games titles. Founded in 2010, Playtika was among the first to offer free-to-play social games on social networks and, shortly after, on mobile platforms. Headquartered in Herzliya, Israel, and guided by a mission to entertain the world through infinite ways to play, Playtika has 20 offices worldwide including Tel-Aviv, London, Berlin, Vienna, Helsinki, Montreal, Chicago, Las Vegas, Santa Monica, Newport Beach, Sydney, Kiev, Bucharest, Minsk, Dnepr, Vinnytsia, Lausanne, and Warsaw.

FAMOUS SINGER Adele won three major awards at the BRIT Awards on Tuesday, in the first edition of the awards made without gender specialization, Reuters ... Read More 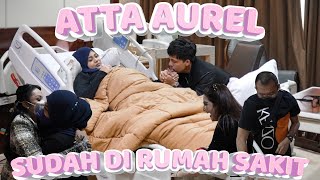