‘One Bosnian support’ – SA.YA gets support from outside fans?

THE POPULARITY of the SA.YA group, the pairing of Saiful Apek and Yassin, sees his style not only in Malaysia, but also has ‘flown’ to Bosnia-Herzegovina.

Through a post uploaded on Instagram Apek recently, a Bosnia-Herzegovina fan appeared to give words of encouragement for the eight-star Gegar Vaganza (GV8).

“Do your best don’t give up, keep fighting.

“One Bosnian supports SA.YA,” he said.

Through the transmission, Apek or his real name is Mohd Saifulazam Mohammad Yusoff also expressed his gratitude and thanks when receiving support from fans from the country.

“More video submissions from Bosnian supporters for the SA.YA group. Thank you,” he said.

You can see the post at the end of this article.

However, luck was not on the side of the group when they received a score of 54%.

Bandi got a score of 53.8% failing to continue the fight in the week with only three concerts left. 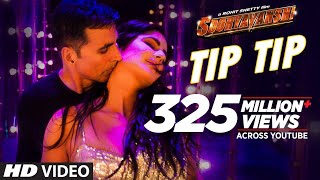 Big Stage 2022: Having fans from Indonesia, Ajoi Zainal is reluctant to be too sure

KUALA LUMPUR: His singing on the Tiktok application not only often gets praise from many, but also allows Ajoi Zainal to gather fans from Indonesia. ... Read More

Orange Amplification are pleased to announce the launch of the new Acoustic Pedal. This do-it-all, compact pre-amp pedal has been designed and built using all ... Read More