LONDON, April 4, 2022 /PRNewswire/ — Novecore, the global music distribution company, has been expanding its reach and influence in the music industry through its new branding as well as changes to its company structure.

Novecore helps musicians all over the world sell their music through major platforms such as Spotify, iTunes, YouTube Music, and others. It has served tens of thousands of artists and is generating billions of monthly views across streaming platforms and social media.

The London-based music distributor publicly states that they consistently partner up with other companies to deliver the best possible experience to their users. One of those partnerships included AnyGaming Ltd., a content aggregation company.

Novecore has officially acquired their former partner and renamed the company to Novecore Licensing Ltd., thus expanding their range of capabilities under the Novecore Group. The company is also expanding its corporate operations to multiple new countries, starting with the USA.

“We’re ready to take our efforts to the next level and reach even more artists than ever before. We know the difficulties that musicians encounter when they try to earn from their music. That’s why we’ve always strived to make selling music simple. Acquiring AnyGaming is just another step in the direction of further establishing Novecore as a recognizable brand with all of the capabilities that allow our users to thrive in the industry,” said Matthias Merkel, the founder and COO of Novecore.

Besides a thorough rebranding, Novecore is also adding multiple features and capabilities that will make the process of selling music online easier than ever before. Its goal is to continue helping musicians focus on creating, instead of dealing with legal and administrative issues.

Novecore is a London-based music distribution company which helps artists easily monetize their work. The company serves a global audience and distributes music to all major platforms, including Spotify, SoundCloud, Amazon Music, Pandora, and Apple Music. Novecore’s key goal is allowing all artists to share and earn from their music, regardless of their location or available resources. 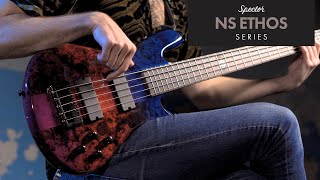 Arturia have announced that all users will be able to benefit from massive discounts on V Collection 8 from March 17th to April 6th, 2021. ... Read More