KUALA LUMPUR – Bursa Malaysia-listed firm Digistar Corporation Bhd has partnered with an Indonesian diversified multinational conglomerate to offer an affordable internet television service which is scheduled to go live by May this year.

Chiefly, the over-the-top service claims to offer high-quality contents at a much cheaper rate, in addition to not having issues such as channel limitations and rain fade.

In a joint statement, Digistar and MNC Group said that for a start, their platform – to be named Panorama TV – will provide 40 channels from as low as RM10 a month, on top of the one-time installation of a set-top box.

In the earlier stage of the service’s rollout, the two companies will primarily target the hospitality industry, including hotels, restaurants, hospitals, and service apartments.

However, the firms are also said to be eyeing the residential market. Users will also be able to access contents via a mobile application at minimum subscription cost.

In his speech at the agreement signing ceremony, Digistar chairman Tan Sri Zaini Omar said that apart from the monthly subscription model, the platform will offer an additional option for pay-per-view content.

This will include major events such as the Olympics and FIFA World Cup.

MNC Group founder and executive chairman Hary Tanoesoedibjo said his Indonesian-based company will provide over 20,000 hours of content for streaming, covering a variety of different genres, from entertainment to news and education.

“The reason we chose Malaysia to partner is because of the similarity in our culture, values, language, and geographic proximity,” he said.

“In fact, MNC Group has already been selling our content to media players in Malaysia for so many years. So, of course, for the Malaysian audience, this cooperation will be meaningful.”

“By coincidence or by design, this cooperation is a follow-up to a meeting between the prime minister (Datuk Seri Anwar Ibrahim) and Indonesian President Joko Widodo, where they had more or less agreed to strengthen ties between the two countries.”

Later in a press conference, Hary said the two companies aim to have at least one million active subscribers within five years of launching, expressing confidence that this can be achieved due to the vast variety of contents available.

On top of the Malaysian market, Panorama TV will also target some two million Indonesians currently residing in Malaysia, he added. 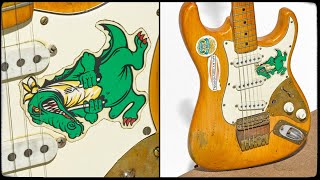 The UK Bass & Guitar Show are extremely pleased to announce that global auction specialists Bonhams have confirmed they will be exhibiting a range of ... Read More

Building on the success of uDiscover Music, the new site will be devoted to covering the best Latin music and international catalog, with artist interviews, ... Read More