Music Artist Machi to Release a New Album This Summer

Multifaceted entertainer, Machi, announces plans to release a new album this summer as she continues to show her prowess in the music industry

MONTREAL, Feb. 3, 2022 /PRNewswire/ — Marilou Audrey Burnel, otherwise known as Machi, looks set to bless the ears of millions of music lovers across the globe with great sounds as she recently announced plans to release a new album this summer. While the Canadian music producer is yet to reveal the details of the project, her fans can be sure of having another amazing listening experience.

“It is a great album to add to my existing music catalogue and highlights the music I make. It has that signature sound you can find in my other dance releases: rhythmic melodies with catchy leads. The listener knows a song is from Machi whenever the song plays. The album is similar to loading screens but is not just fun and games like loading screens. It’s deeper with melodies aiming to blow away the listener, without sacrificing the energy of the songs.” – Machi.

Machi has built a reputation as a music producer, creating amazing beats and working with big name artists across genres. The Canadian is looking to bring her creativity and ingenuity into the scene as an artist as she drops a new album. Machi is known as a composer, songwriter, and music producer and her versatility continues to help her stand out from contemporaries.

For further information about the album, which will come in a few months, as well as other projects from Marilou Audrey Burnel, visit – https://www.machi-music.com/ and Twitter.

About Marilou Audrey Burnel
Marilou Audrey Burnel, known as Machi, is a Canadian electronic dance music producer, songwriter, and composer. Machi released her first project as a solo act in 2013, titled “La Princesse de Larmes” followed by: “The Other Half” and “No Destiny,”. Machi continued making music during the pandemic with mentorship from American singer-songwriter John Oszajca. Machi’s music is melodic, energetic, and aims to blow away the listener with the magic texture of her tracks. 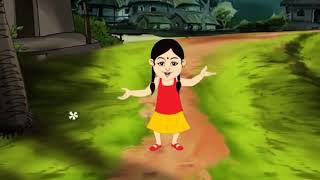 “Pray for my family” – Nur Sajat’s father was not well.

THE FATHER of a controversial entrepreneur, Muhammad Sajjad Kamaruzzaman, 37, or better known as Nur Sajat is now in critical condition. The matter was informed ... Read More