Written and produced by Mayra and DJ Dennis D’Menace Nieves, “Ven” (“Come”) is an infectious, percussion-intensive Spanish language song that urges people to embrace their best post-pandemic lives and experience the joy of family and friends coming together once again. By design, its clever lyrics can also be interpreted as two lovers thinking about each other and longing to have a good time together.

Valentini has long had a knack for striking images of voluptuous feminine beauty, and he works wonders with Mayra’s striking black hair, gorgeous face and curvaceous body. In the spirit of his many famed pop culture paintings which feature the images of celebrities juxtaposed against equally iconic recognizable brands or media imagery, Valentini’s cover painting joins three stunning images of Mayra in a lush, velvety maroon dress conveying different moods – playful and fun, sensual and contemplative and looking up with a dazzling smile.

Weaved in and around those images are black and white “photographs” of the backs of soccer players, with soccer related newspaper clippings as a backdrop. “Ven” is being pitched as a potential candidate as the theme song for the 2022 World Cup in Qatar.

In addition to a large rose adorning her hair, the other salient feature in each image is her legs – a striking callback to an earlier modeling phase in Mayra’s career when she was named the “favorite pin-up girl” of the U.S. Marines and her image became one of the most in-demand in the advertising world, appearing in commercials and campaigns for major brands like L’Oreal, Coca-Cola and Ford. FHM magazine, aware of the model’s sex appeal and her many television followers, chose to include her in their 2004 calendar. Subsequently, she appeared in the publication’s 100 Sexiest Women in the World list for four consecutive years.

While Mayra ultimately commissioned a large rendering of Valentini’s work for her new home in Calabasas, CA, he originally created it as a gift while she was ill suffering from debilitating symptoms from what’s known as “Long Haul COVID.” Mayra says, “He did such a fantastic job on it, and experiencing the stunning images of me in perfect health gave me hope and got me through the dark time. At one point, because of some of the complications, I thought I might never be able to sing again, but those images helped me tremendously. I knew I could get healthier and have a stronger voice than ever by sheer visualization and prayer. Luca’s images helped me visualize a brighter future for myself, and I am eternally grateful.”

Mayra has been an unstoppable musical force since launching her singing career with her debut album Vengo con To in 2017. Her 2010 hit “If You Wanna Fly” reached #13 on the Billboard Hot Dance Club Play chart and #5 on the Dance/Electronic Digital Songs chart. Her follow-up

“Freak Like Me” reached #3 on the Hot Dance Club Play chart and “Ay Mama Mia” (2013) hit #1, making it only the second Latin single to reach the top of the American charts. Simon Cowell acquired the exclusive distribution rights of the song’s English version, which became an international sensation, charting in France, Italy, Sweden, Spain, Brazil and the UK.

Born in Rome, Luca Valentini, armed with acrylics, gold leaf and a palette knife, describes his work as an “expression of the true nature of the society in which we live today.” Over the past decade, he has carved out a niche in the art world through his bold representations of the fashion industry and its associated myths – artworks which intend to both disturb and fascinate with the idea of perfection and create a controversial talking point. His art, which is commissioned in the sums of well over 150k, has depicted pop icons like Madonna, Al Pacino, Tupac Shakur, Marlon Brando and Cindy Crawford. His works have been commissioned by, among others, late NBA legend Kobe Bryant and a well-known billionaire in Dubai, and have been showcased in galleries in Italy, London, New York and Dubai.. 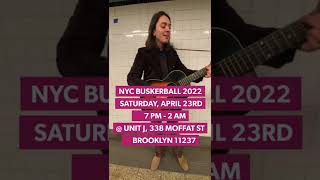 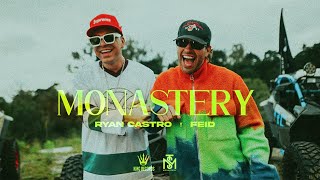