Matter Mos: Jakarta rapper on the “spiritual journey” he embarked on for debut album ‘Pronoia’

After years of dropping loosies and features, Matter Mos presents his first full-length album, whose creation he likens to a “bizarre mixture of Warhol and Pollock”

Living in the 21st century, with all its uncertainty and unpredictability, is an experience that can easily foster paranoia. But what about its opposite, pronoia – the belief that the world is conspiring to do you good?

That’s the concept that Indonesian rapper Matter Mos has chosen to name his debut album after. A record “based on existentialism [and] esoteric, religious and freethinking beliefs”, as he puts it to NME, it offers self-encouragement and soul-searching, whether it’s about Matter Mos’ relationships with his friends or his music. On the almost indie-pop ‘Stay Strong’, which he wrote about his mother’s life, he declares that “memories belong to mistakes and flaws / I been through it all, it only evolves / ‘Can’t just give up’ / That’s what I’ve been told”.

“I think making music is one of the few outlets I have to express myself. It’s not always based on my life, more of like a blend between personal experiences and fantasies,” the 30-year-old says.

There’s a lot of moments in my life where I feel like I have to write about it, without having any idea of it [becoming a song] or not. Most of it is my way of manifesting things, a lot of it comes from stress release and some of it may be a form of self-defence mechanism. I don’t know, most of my music writes itself. Like catching lightning in a bottle.”

It’s what you’d expect from Matter Mos, whose artist name is pronounced ‘matter most’ and serves “as a commitment to catch whatever moments that matters to me, latch on to it, and make some kind of art from it”. The rapper – real name Fadhil, who like many other Indonesians doesn’t have a surname – debuted in 2017, guesting on songs by the likes of Dipha Barus, Hindia and Midnight Quickie, and developing a smooth, versatile style of rapping that ranges from speak-singing in an emotive mode à la Frank Ocean to a more percussive, Drake-like flow.

But what sets ‘Pronoia’ apart from other Indonesian hip-hop releases is the eclectic production, which pushes Matter Mos’ brand of cerebral hip-hop into heady psychedelic territory. Matter Mos credits his producer Akmal Rizky, who has made a name working on trance music with little hip-hop experience, for encouraging him to push the music as far as it could go without being self-indulgent.

Their creative process involves continuous, ambitious brainstorming and tinkering. “There’s a lot of – dare I say – Kubrickian adjustments for each song during the creation of the album,” Matter Mos says, referring to auteur Stanley Kubrick, who was famously known to laboriously and obsessively revisit and edit his films after they were shot.

It’s not just film: Matter Mos is overcome with ideas when he visits art museums, watches “damn near every video posted on the MOMA YouTube channel” or immerses himself in writing by Sufi mystic and poet Ibn’ Arabi (or, more controversially, Jordan Peterson). Though Matter Mos is reluctant to single out specific musical influences, he does cite Kanye West and Tame Impala as ‘Pronoia’’s big inspirations, though anyone seeking a more comprehensive answer should visit this playlist.

Having self-financed the record, Matter Mos found himself struggling to balance artistic and technical roles during the creation of ‘Pronoia’, often ending up too busy with the latter to focus on the former.

But then, the musician says, he began to see the process as “some kind of spiritual journey”.

“I finally, really figured out the fundamental idea of ‘no such thing as perfect art’,” he explains. “That ‘aha’ moment is when I finally got over my perfectionism. Things became easier. I didn’t even re-record my vocals in some of the songs, we used the demo versions on some of them.”

The overall process of creating ‘Pronoia’, Matter Mos says, was like a “think tank ‘company’ that focuses on collective painting”.

“You have no clue what these paintings will be like, but you have [some idea]. So you experiment along the way; it’s like a bizarre mixture of Warhol and Pollock,” he says, laughing at himself for the comparison. “It is very experimental and painstakingly hard to do, but it was fun. What’s life without a little bit of suffering?”

Matter Mos had help from his friends along the way. He suggests that his friendships with artists who mostly produce their own music – such as Dipha Barus, CVX, Greybox, MBE, NAJ, Densky9, Donnie Joe and Danishwara – encouraged him to constantly tinker with his own material and dig into his own sound.

Some of those friends feature on ‘Pronoia’, something that Matter Mos is deeply grateful for. “I explained my thoughts to them and they put their take on it. I commend them for their audacity to be involved in songs that they [didn’t create], and put their heart into my work. It’s amazing. I’m blessed.” Some of Matter Mos’ favourite moments on the record are the collaborations, including Ramengvrl’s “flawless rants” on ‘Joyful interlude’ and Teddy Adithya’s songwriting contributions on ‘Safehouse’.

Matter Mos exclusively released ‘Pronoia’ in June on The Store Front, the barely one-year-old Indonesian digital music store which only takes a 10 per cent royalty cut from every sale made and publishes its annual earnings on its website. Discovering the website was, Matter Mos says, a “eureka moment” for him.

“As an independent musician, I gotta find a way to cover the budget I spent in making the album. There’s little money to be made if I’m counting on streaming services for a small musician like me,” Matter Mos says. The Store Front’s multiple-payment method was also a major plus in reaching Indonesian listeners, many of whom are still unaccustomed to Paypal and online credit card transactions, he adds. He’s sold 331 copies of the album on the platform at the time of writing.

Matter Mos has also continued to iterate on ‘Pronoia’ by releasing related non-fungible tokens. ‘That Life’ is available on the digital marketplace OpenSea, and comes with the song’s raw stem file and 26 pictures depicting Jakarta’s pre-pandemic underground music scene. Last month, he collaborated with the motion designer and 3D artist Panji Krishna to pair the ‘Pronoia’ song ‘Stay Strong’ with a vibrant, psychedelic artwork on the Foundation application.

“The potential and what it could do amazes me. Like an answer to a prayer for an artist, you know?” Matter Mos says of his fascination with NFTs.

“The system, how it works and the supportive community gravitated me towards it. The whole thing made me optimistic about the future.”

Matter Mos looks to the post-‘Pronoia’ future with the same sunny outlook. “Akmal and I are working on ‘Pronoia’ deluxe right now,” he teases. “And some other exciting plans. It will be out on all available platforms. Expect more songs, and better mixes.” 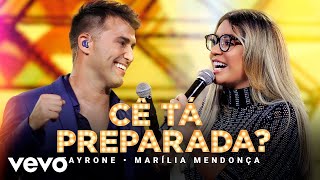 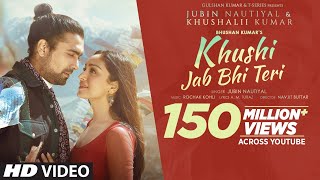