NASHVILLE, Tenn., April 27, 2021 /PRNewswire/ — Verse 2 Music today announced the signing of Grammy nominated, multi-platinum hitmaker Josh Hoge to a global deal. Josh Hoge is celebrated for penning chart-topping hits such as “I’m Comin’ Over,” and Grammy-nominated single “Think of You” by Chris Young; as well as Kane Brown’s “Cool Again,” “Used To Love You Sober,” and “One Thing Right” with Marshmello.

Josh is the first songwriter to sign with the new venture, which was recently launched in partnership with Sony Music Publishing by 5x AMA winning global entertainer and CMA Triple Play winner Kane Brown and music industry veteran Kent Earls. With the establishment of Verse 2 Music, Kane and Kent aim to discover and develop emerging country music hitmakers.

“Kane and I wrote ‘Used To Love You Sober’ the first day we met back in 2015, and since then we have never stopped creating,” said Josh Hoge. “Kent and I have also worked together, and I was hoping to get that opportunity again. I’m honored to be the first writer signed to Verse 2 – I want to be known as a fearless, versatile writer, and with Kane, Kent, and Rusty, I can be myself and create exactly the way I want.”

Kane Brown said, “Josh is just a great guy and an incredible songwriter. He is one of the first songwriters I ever wrote with in Nashville and I’m really excited he’s part of the team.”

“Josh is a proven hitmaker who is writing at the top of his game. We are so proud to partner with Verse 2 Music to wave his flag,” commented Rusty Gaston, Sony Music Publishing Nashville CEO.

Kent Earls, Partner, Verse 2 Music added, “Josh has been involved in Kane’s writing career with great success from the beginning, and he has only scratched the surface of his career as a hitmaker. When the opportunity arose for him to become our first signed writer, the answer was a resounding YES. Welcome to the V2 family, Josh!” 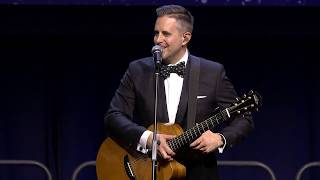