The last touch of the late Mamat Khalid which was completed by his son, director Amen Khalid managed to collect RM 1 million within six days of screening at Astro First.

According to Amen, he felt very grateful that the film received a positive reaction from the audience.

“Thank God, this film received a good response from the audience.

“I would like to thank the loyal fans of the late Papa’s work, Kampong Pisang fans and all the spectators who have watched and I think this success is support to continue this legacy.

“God willing, Kampong Pisang Universe will not stop and will continue to be available for fans and fans of local films,” he said.

“Looking at the audience’s acceptance of this film, they are generally entertained by the comedy scenes that are presented.

“We are confident that the film ‘Kampong Pisang Berbuah Dua Kali’ is very suitable for the whole family to watch.

“For those who have not watched, do not miss the opportunity to entertain as well as spend time with loved ones at home by watching this film.

“Meanwhile, we would also like to congratulate Amen Khalid who has captivated the audience through his touch,” he said.

A mysterious incident also happened at Gerhana, the younger sister of Cik Purnama, which attracted the attention of the entire villagers.

Meanwhile, a by -election was held in Kampong Pisang after the government changed squads for the 18th time and the villagers debated on their own for the good of their village.

Watch the horror comedy, ‘Kampung Pisang Berbuah Dua Kali’ now at Your Home Cinema, Astro First. To subscribe please go to channel 480 or you can also stream on Astro Go or On Demand. 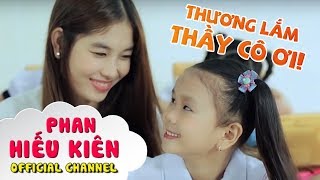 SEE THE WORLD THROUGH SOUND: W HOTELS X CERCLE TO HOST LIVE PERFORMANCES AT SOME OF THE MOST BREATHTAKING PLACES ON EARTH Series Kicked Off ... Read More