In Belgium, psychiatrists are prescribing museum visits to their patients

The scientific community already agrees on the multiple therapeutic virtues of art and, by extension, of so-called ‘museum therapy’

GOING to a museum to help take care of your health? The idea may sound surprising, but it is gaining ground.

In Brussels, mental health professionals can now advise their patients suffering from depression, anxiety or stress to visit a museum for therapeutic purposes.

This six-month pilot project allows psychiatrists at the Brugmann University Hospital to send their patients to one of the many museums in the Belgian capital. These museum prescriptions give patients the opportunity to go and enjoy a free exhibition with a few friends and family members.

They can go to the Fashion and Lace Museum, the Sewer Museum, the GardeRobe MannekenPis Museum or the Centrale for Contemporary Art.

This initiative was inspired by a Canadian programme launched in 2018 by a French-speaking doctors’ organisation called Médecins francophones du Canada.

It allowed its thousands of member physicians to send their patients suffering from depression, diabetes or chronic illnesses to the Montreal Museum of Fine Arts for free. It has since spawned similar initiatives in Switzerland and France.

The Belgian pilot project seeks to evaluate the impact of cultural institutions on mental health and well-being. The scientific community already agrees on the multiple therapeutic virtues of art and, by extension, of so-called ‘museum therapy’.

Researchers at the University of Pennsylvania recently discovered that contact with works of art significantly reduces anxiety and stress, for example.

Museum visits have also been shown to help prevent and manage behavioural and psychological symptoms of dementia.
A team of Australian and South African researchers found that these cultural therapies can improve cognitive function in people with dementia.

If one thing’s for sure, it’s that visiting a museum is good for your health. This activity can soothe chronic pain and suffering, while fighting against the isolation of some of society’s most vulnerable people.

“Anything could have therapeutic value if it helps people get a good feeling and get in touch with themselves,” Dr Johan Newell, a psychiatrist at Brugmann University Hospital, told The Guardian.

“[Museum visits on prescription are] just one extra tool that could help people get out of the house: to resocialise, reconnect with society.”

Delphine Houba, alderwoman of culture, tourism, big events and municipal equipment of the city of Brussels, also sees this initiative as a way to reinforce access to culture.

“Even before Covid, for some people it [was] not easy to open the door of a museum, they don’t feel at ease, they don’t think that it’s for them. And I really want to show that cultural venues are for everybody,” she told The Observer.

Jalan TAR is closed every Sunday 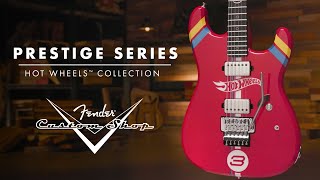