“I look forward to my brother Mick being a part of my Hot Pie Media podcast series. Mick joined me for a duet on my new album “Mixing Up the Medicine” so working together again on my podcast makes our collaboration another family affair!” said Chris Jagger

Chris and Mick are still fine-tuning the details of their podcast collaboration but it’s guaranteed to be one-of-kind, uniquely entertaining and the beginning of bigger things to come. Mick’s former partner, Jerry Hall, previously produced a music show titled “Jerry’s Hall of Fame” with Chris that is one of Hot Pie Media’s current content offerings.

Hot Pie Media partner, renowned musician and artist Chris Jagger recently held an exclusive VIP event at 3TEN AUSTIN CITY LIMITS LIVE in celebration of Jagger’s new book “Talking To Myself,” published by BMG. At this reception, Jagger signed copies of his book as well as his new album “Mixing Up the Medicine”, which features a rare duet with his brother Mick Jagger, to a packed venue of music industry media and professionals. For photos of this event, see here.

“Having the Jagger brothers working together on our network is a major milestone for our company,” said Hot Pie Media CEO Robert Walker. “It’s also a very rare opportunity for the public to enjoy these two talented artists perform as a duo.”

With a powerhouse team of media industry professionals at the helm, the on-demand network creates diverse and all-encompassing content distributed on over 30 platforms with an impressive list of celebrity hosts including Academy Award and Tony Award-winning actress Marcia Gay Harden, Emmy Award-winning actor Judge Reinhold, (“Fast Times at Ridgemont High,” “Beverly Hills Cop”) and Steppenwolf founder John Kay (known for the Rock anthems: “Born to be Wild” and “Magic Carpet Ride”) among others.

Tina Turner sells back catalogue for a reported £225million

It's the largest deal ever done with a single artist by publisher BMG Tina Turner has become the latest artist to sell the rights to ... Read More

Pop star shared the video as her eighth album was released on streaming services Taylor Swift has released the video for "Cardigan", a song from ... Read More 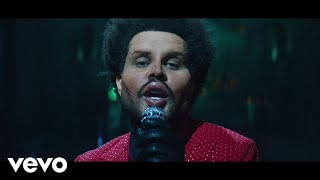 Top Song – The Weeknd – Save Your Tears

Top Song - The Weeknd - Save Your Tears https://youtu.be/XXYlFuWEuKI Read More