Headphones or a speaker: your podcast listening experience changes with your choice

PODCASTS are often described as one of the most intimate, personal formats. But American researchers have observed that this impression is largely linked to the conditions in which we listen to them. Wearing headphones or earphones serves to reinforce our feeling of connectedness with the presenter of a podcast.

Researchers from the Rady School of Management at UC San Diego, UCLA and UC Berkeley observed this phenomenon by giving several tests to 4,000 participants. One test involved 1,310 individuals listening to an audio report about a homeless mother and daughter. Some listened through headphones and others through speakers. The scientists found that the former reported feeling more empathy for the two women than the latter.

“We find that headphones produce a phenomenon called in-head localization, which makes the speaker sound as if they’re inside your head,” said On Amir, professor of marketing at University of California San Diego Rady School of Management and co-author of the study set to appear in the journal Organizational Behavior and Human Decision Processes.

Good news for advertisers
Listeners feel that the persons speaking in a podcast are closer to them, both physically and mentally. They empathize more with them and also tend to be more easily persuaded by what they say. American scientists demonstrated this by asking 800 participants to listen to an audio clip in which a woman told them that her parents had died in a car accident. The accident was caused by a distracted driver who was texting while driving. More people who listened to this story with headphones said that using a phone while driving is dangerous than those who used speakers.

These findings are likely to be of interest to brands and advertisers. And for good reason, as the podcast advertising market is booming. It could reach $2 billion by 2023, according to the Interactive Advertising Bureau. It has been found that listeners find podcast advertising much less intrusive than ads on radio, television or even social networks. And they are more likely to buy a product mentioned by a podcaster, because they trust their judgment.

For On Amir, this effect could be even stronger if listeners play a podcast through headphones or earbuds. “Our research proposes that it is not only what or whom people hear that influences their judgments, decisions and behaviors, but also how they hear the message.” Something to keep in mind.

IPOH: The organizers of the 'concert' event which saw many people gathered at the Sultan Azlan Shah Circle, Meru Raya, here, which spread on social ... Read More 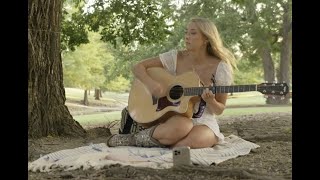