Gretsch Drums is proud to introduce the Ash Soan Signature Snare drum. The U.K. based session ace has been putting the prototype through its paces for some time using it as his go-to snare on a host of recordings and Instagram videos. Gretsch is truly delighted to unveil this unique collaboration to drummers everywhere.

Talking about his signature Snare drum Ash said “For me a signature snare drum must encapsulate my sound and nothing does this better than the 7×12” Purpleheart drum. It’s unique tone, long sustain, versatility and character makes recording a joy. Producers continually request the Purpleheart snare sound for their tracks.” 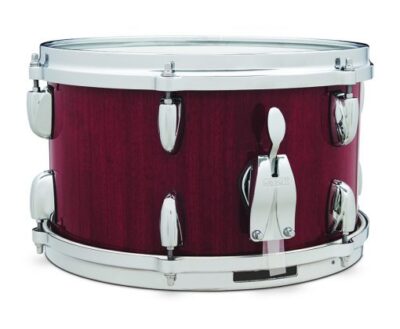 As one of the most in-demand players in the world Ash has played on multiple platinum Grammy winning albums. His discography and touring credits are extensive having worked with some of the biggest names in music today including Sam Smith, Adele, Cher, James Morrison, Dua Lipa, Rod Stewart, Seal, Robbie Williams and Trevor Horn. In addition, Soan has recorded tracks for mainstream films such as Terminator Genisys, The Lion King, Boss Baby 2 and Kung Fu Panda.

Soan has recorded extensively with his signature 7×12” Purpleheart snare drum at his famous 18th century Windmill Studio in Norfolk, England. He has used it on tracks for Julian Lennon, Jeff Lorber, Cory Wong and Hans Zimmer.

The heart of the unique snare that bears Soan’s name is a 9-ply Purpleheart shell finished with a clear gloss lacquer. This dense hardwood takes its name from the wood’s purple hue and delivers a distinctive tone with ample volume, attack and definition. The 7×12” drum features double 45° bearing edges, 4mm die cast hoops and classic Lightening Throw-Off. Each snare includes an internal identification label which is hand signed by Soan and specifies the year of production.

BMAT reveal the state of TV music usage across the UK

A recent BMAT study for International Production Music Group dives into a variety of in-show music usage trends and compares the use of commercial, commissioned ... Read More

The Verve famously were involved in a copyright dispute over the song's sample of The Rolling Stones' 'The Last Time' Richard Ashcroft has said that ... Read More