Gegar Vaganza 8: Missing a lot of marks on the vocal cause Fazley was eliminated – Ramli MS

Despite being eliminated early, said Ramli, Fazley has shown his courage and challenged himself in the field of singing.

“The courageous determination he got into GV I respect and admire. He’s brave even though he may risk getting out early.

“I don’t think he wants to be popular because he already has another platform. But he wants to sing, it’s okay. I’m impressed,” commented Ramli.

Meanwhile, commented Ramli, the 2012 Malaysian Celebrity Masterchef champion lost a lot of marks on his vocals through the performance of the song Mahligai Syahdu (Datuk Hattan).

Compared to the whole, Fazley only managed to collect a score of 50 per cent, less 0.5 per cent from the singer of the other country, Upiak Isil.

“If you look at the creativity, it sits in the performance which is only 20 percent. The vocals are 80 percent and it loses a lot of marks on the vocals.

“Sometimes he doesn’t help even if he gets high marks in terms of stage performance, he can get quite high.

“But mathematically, the vocal score is even higher when compared to the stage performance,” he added.

Hosted by Jihan Muse and Nabil Ahmad, GV8 broadcasts live from the Putrajaya International Convention Center (PICC) for 10 weeks every Sunday, at 9.00pm.

GV8 also features Datuk Ramli MS and returns Hetty Koes Endang and Datuk Syafinaz Selamat as permanent jurors and will be assisted by an invited jury every week.

Continue to watch GV8 which is brought again by Farm Fresh as the Main Sponsor, supported by Adabi and CUCKOO Healthy Home as the Co -Sponsor in addition to Digi as the Official Telco.

The GV8 program network will start broadcasting exclusively through Astro Ria (124) and Astro Ria HD (104) channels and can also be accessed through the Gempak portal and Astro Go application for more flexible options.

The suction clips of the vocal training sessions, preparation and trivia of the participants can be viewed through the capsule coverage of ‘Kapsul Gegar Vaganza’ which will be broadcast every Monday to Friday, at 6 pm starting 15 November.

For those who missed to watch, the program ‘Vaganza S8 Shake Capsule Compilation’ will be broadcast specially every Saturday, at 7.00 pm starting November 20, 2021.

For filling on the digital platform, the program ‘Gegar Vaganza Live Plus’ will be broadcast simultaneously at www.gempak.com/gegarvaganza during the weekly concert ‘GV8’ starting November 21, 2021. 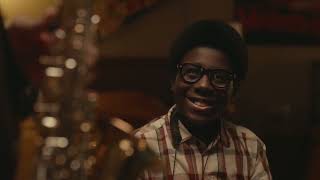 Elyana is cancer free, the 11 -year struggle was successful

SINGER Elyana shared the good news when the stage four lymphoma cancer she had been suffering from for 11 years was gone. Through the Instagram ... Read More