BOULDER, Colo., March 21, 2022 /PRNewswire/ — Gaia, Inc., is pleased to announce the worldwide, online, premiere of the original series, “Sound of Creation,” launching today. The groundbreaking docuseries explores the inherent importance of sound within creation stories across every culture, as well as its transcendent use as a healing modality. The series features an array of notable musicians, teachers, scientists, and healers, discussing the universal power of sound and its impact on our consciousness.

Gaia’s new series sets out to prove that sound is the forgotten key to the path of our awakening and enlightenment. Initially building upon the foundational tenets of sound and music as we know it today, “Sound of Creation” then examines the more esoteric wisdom of its use in spiritual mysticism and shamanism. But the most fascinating element of the series may be its deep dive into Cymatics, the study of visual patterns produced by sound at various frequencies, hinting at an unseen, vibrational architecture within the universe.

“Sound of Creation” will feature 10 episodes, with a new, 30-minute episode available on Gaia’s streaming service every week — the first episode is currently available online.

“As a conscious media company, Gaia has remained committed to providing programming of the highest quality, with a special focus around the education and investigation of topics otherwise unexplored and what better topic to dive into than sound,” Kiersten Medvedich, Gaia’s executive vice president of content, said. “Gaia’s new original series, ‘Sound of Creation’ offers a unique, approachable, and educational experience where we learn to ground ourselves as humans, tune into the frequencies that surround us, and observe the noise in our environment — allowing us to become even more deeply attached to our mind-body-spirit connection.”

“Sound of Creation” is now available to view and enjoy on the Gaia platform. You may access a 7-day free trial and ongoing membership is $11.99 per month, or you may access the series through an annual membership for $99 per year.

These exciting new series’ come on the heels of Gaia’s recently reported 19% revenue growth in 2021. This will be the sixth consecutive quarter of positive earnings and double-digit revenue growth, ending the company’s year with a record 821,000 members.

About Gaia
Gaia is a member-supported global video streaming service and community that produces and curate’s conscious media in four primary channels—Seeking Truth, Transformation, Alternative Healing and Yoga—to its members in 185 countries. Gaia’s library consists of over 8,000 titles, over 80% of which is exclusive to Gaia, and approximately 80% of the views are generated by content produced or owned by Gaia. Gaia is available on Apple TV, iOS, Android, Roku, Chromecast, and sold through Amazon Prime Video and Comcast Xfinity. For more information about Gaia, visit www.gaia.com. 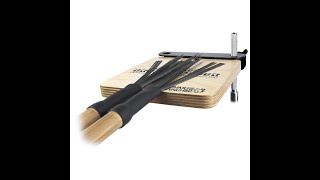 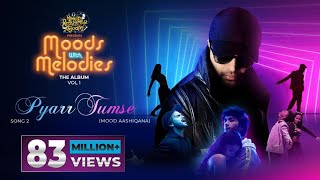