“Kathy was just outstanding – with tremendous insight as a shrewd and savvy chief executive, and as a compassionate, thoughtful leader,” said McMeel. “I am honored to call her my business partner, and my dear friend, of more than 50 years. She was a very special human being – and we will miss her wise counsel and dry wit very much.”

“Kathy is essential to the DNA of AMU,” said Sareyan. “She has been integral to many of its most successful ventures – from Ziggy and Doonesbury to The Far Side® and Calvin and Hobbes. We will strive to continue her mission with John as a “creator-first” operation, and are honored to have such a tremendous example to guide us.”

“Kathy was the indispensable Mom in the Mom-and-Pop basement operation that drew young creators to Leawood, Kansas,” said Garry Trudeau, creator of Doonesbury. “Success seemed unlikely, so it took someone with a sharp, critical financial eye to make it probable. Kathy’s mastery of spreadsheets kept the lights on; her warmth and graciousness kept her visitors charmed and reassured — then and for years to come. All of us will miss her greatly.”

“After joining Universal Press Syndicate and arriving in Kansas City for a meet and greet, I was given a tour of the building, met various people in various departments, and was eventually introduced to the company’s owners,” said Gary Larson, creator of The Far Side®. “I remember being a little overwhelmed with everything, not to mention all that was happening in my life in general, but being introduced to Kathy is as memorable as it was grounding. Immediately down-to-earth and likable, she put me at ease with her informal manner and humor. The two of us sat and chatted in her office for a while, and later had lunch. I liked everyone I met that day, but I think it’s when I met Kathy that I truly felt the welcome mat come out, and knew I was in a good place. She’s part of my own story, for which I’ll be forever grateful.”

“My career as a cartoonist began at Kathy Andrews’ kitchen table the night her husband, Jim, brought my submission home and asked her if she thought it was sellable,” said Cathy Guisewite, creator of the comic strip Cathy. “The blessing she gave my work that night launched my comic strip. Her great, generous heart helped hold me together in the beginning years. Her devotion to her own family and to the corporate family she helped wrap around all of us lucky enough to be with Universal Press Syndicate (now AMU) helped sustain me for all the years that followed. She was a rock of security, a trusted sounding board, and a dear friend. I will be always be grateful to Kathy for being such a great role model of strength, integrity and humor, and for the wonderful life my family and I had because of her belief in me.”

A native of Ashtabula Ohio, Kathleen was a graduate of Notre Dame College in Cleveland, Ohio, and earned a master’s degree in mathematics from the University of Notre Dame in Notre Dame, Indiana. She met her future husband, James (Jim) Andrews, as a graduate student.

With Jim, Kathleen founded Universal Press Syndicate (now AMU) in 1970 with John and Susan McMeel. She served as chief financial officer and secretary in its early years, and her discovery of Ziggy, by Tom Wilson, helped propel the company into character licensing and merchandising through books, calendars, and greeting cards. After the company’s first few years, she paused her full-time involvement to care for her two young sons, Hugh and Jim, although she remained closely tied to its operations.

After Jim’s untimely death at the age of 44 in 1980, Kathleen returned to the company she helped create. With characteristic strength, determination, and an enduring and droll sense of humor, she worked diligently with McMeel to grow the company into the largest independent newspaper syndicate in the world and a renowned publishing powerhouse, Andrews McMeel Publishing (AMP), serving as chief executive officer of AMP. Although she retired in 2006, her presence remains in AMU’s culture and heritage.

Along with McMeel, she established the James F. Andrews Memorial Scholarship Fund at the University of Notre Dame, which underwrites students in the summer service-learning program in conjunction with the University’s Alumni Clubs. Since its inception, thousands of students have served in communities throughout the country and the world, to benefit the lives of those less fortunate, an enduring and exceptional legacy.

In 1993, Kathleen was named a member of the Board of Trustees at the University of Notre Dame, and was named a Fellow of the Board of Trustees in 1996, the first woman to serve on the 12-member group that is the University’s core governing body. She received an honorary doctorate from the university in 2003, and had been an Emeritus member of Board since 2007. In June 2004, she was presented with the Edward Sorin Award by the Notre Dame Alumni Association, and received the Father Hesburgh Award from the Notre Dame Club of Kansas City in 2006.

She also served on the Board of the University of Missouri in Kansas City, and the Boards of Avila College in Kansas City, Missouri, and Spring Hill College in Mobile, Alabama, and received honorary degrees from both. She also received honorary doctorates from the University of Portland in Portland, Oregon and Notre Dame College in Cleveland, Ohio. She was a director of the Association of Governing Boards of Universities and Colleges in Washington, DC, and was a Dame of the Federal Association of the Sovereign of Military Order of Malta. She was involved in numerous charitable endeavors, including Christmas in October, fundraising for Catholic Charities, and as founder and chairman of the Andrews Family Foundation, directed funding to a variety charitable causes.

Janet D’Addario, a prodigious creative and philanthropic force throughout the world, and wife of D’Addario Chairman, Jim D’Addario, died on June 14th in her home, ... Read More 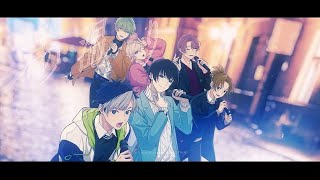 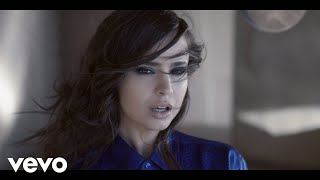 GLOBAL STAR SOFIA CARSON IS MADE TO BE LOUD

NEWER POSTOne Voice Children’s Choir Uses Their Voices to Raise Awareness of Their Nonprofit with “Little Voice”
OLDER POSTOscars to be unlike it’s ever been before, says producer