RECENTLY, the beautiful actress Diana Danielle shared that she will see a mental health specialist on her birthday, November 22.

However, according to Diana, she had to postpone the date of the appointment on November 29 because she was busy celebrating the birthday of her youngest child, Nur Aurora.

“Because I had to change my son’s birthday celebration to my birthday on November 22 recently, I could not see a doctor on that day.

“My son’s birthday is on November 19 but his friends can’t come that day.

“However, I will go for an assessment with a psychiatrist on the 29th of this month,” she told.

Diana said this when met at the launch of the online movie platform, Film Wallet Premium On Demand at the Tropicana Gardens Mall, Petaling Jaya on Thursday.

Diana said people should have a high self -awareness about mental health.

“Things like this, we have to have self-awareness, I know many people are actually afraid to be honest with themselves, the signs of ADHD are not difficult for us to recognize, many have but they do not know.

“I love reading about this, so I’m exposed to facts that I can apply and relate to myself.

“I’ve been skeptical about this since I was a teenager, but it took me a long time to be honest with myself,” he added.

Commenting further on the symptoms she experienced, Diana often suffered from concentration disorders and easily switched from one act to another in addition to always losing her belongings.

Thus, Diana would like to make further examinations not only for herself, but for the sake of her beloved children.

“I do experience running or shifting focus problems, I want to do one thing then move on to another, so I feel sorry for my kids.

“Between the symptoms I have, sometimes I have memory problems, it’s easy to lose things I have and so on.

“If I go ahead and want to make this checkup not for myself alone, the enthusiasm comes from my kids because I want to pay full attention to them.

“Anyway, ADHD is not incurable, there is a way to treat it and I’m not too worried about it,” he explained.
Adding the wife to the actor Farid Kamil, he still holds the hope that in fact he does not suffer from ADHD.
“If I could I hope I don’t have ADHD, now I’m not saying I have it because it hasn’t been confirmed by a doctor, what can I say, I think I might have it.

“So, hopefully on November 29, the doctor says I don’t have ADHD and just don’t get enough sleep, but even if I do, I won’t blame myself and just accept it,” he said.

Right Choice When Using FlatNews for My Gadget Sites

Mulling over portraying out another site, or in spite of overhauling a site you beginning now have? Here are some fundamental diagram frameworks to recall ... Read More 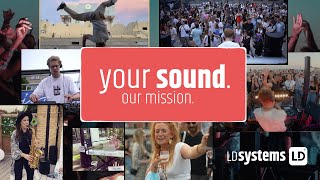 German professional audio product manufacturer and distributor LD Systems® scales in North America as it doubles down on its commitment to mobile DJs and musicians ... Read More

Rhythm Band Instruments, LLC, announced today the acquisition of all assets, including all intellectual property, related to the Silvertone® brand from the Samick Music Corporation. ... Read More