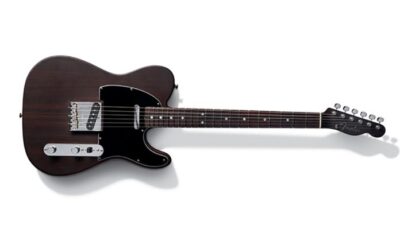 Brought back by popular demand, today Fender announces the second iteration of an iconic model in our Artist Signature series, the George Harrison Rosewood Telecaster® guitar.

In 2017, Fender honoured one of the premier icons in music history, George Harrison, with a limited-edition George Harrison Rosewood Telecaster®. This guitar was based on arguably the most iconic Telecaster in Fender history, a Rosewood Telecaster prototype gifted by Fender to the talented guitarist in 1968. Harrison fell in love with the instrument and used it for the rest of the decade including during the Let It Be sessions and the unforgettable final performance on the rooftop of Apple Corps headquarters.

The initial release of these signature Telecaster guitars in 2017 was limited to just 1,000 units worldwide and is marked as one of the fastest selling models within the series . This exclusiveness, coupled with the success of the landmark documentary that featured the Rosewood prototype “Get Back” in 2021 (an eight-hour opus documenting the Beatles during 1969), contributed to a groundswell of interest in this guitar and its re-release today.

The George Harrison Rosewood Telecaster® is inspired by the original instrument while making it more accessible to the modern player. Its Chambered Rosewood body keeps the weight down while adding resonance; a Rosewood “C” shaped neck with a modern 9.5″ radius provides comfort for all playing styles and its Pure Vintage ’64 Telecaster pickups are paired perfectly to the Rosewood, showcasing the wood’s natural tone.

This guitar caters to Beatles fans & collectors, but it is also the perfect instrument for songwriters.

Chambered Rosewood Body
Pure Vintage ’64 Telecaster® Pickups
Late-60’s “C”-shaped neck with 9.5″ Radius & 21 Medium Jumbo Frets
Vintage-Style Hardware
Custom Engraved Neck Plate
FMIC has a long history of celebrating the impact of Harrison on music culture through the release of signature guitars celebrating different eras from the icon’s career from Fender, the Fender Custom Shop & Gretsch. In 2021, Fender Play – the complete online learning app for guitar, bass and ukulele, marked the 50th anniversary of Harrison’s solo album “All Things Must Pass” by releasing a collection of song lessons that help users learn to play Harrison-penned classics. The collection is currently live in Fender Play and contains songs such as “While My Guitar Gently Weeps“, “Here Comes the Sun“, “I Me Mine” and many more.

GEORGE HARRISON ROSEWOOD TELECASTER ($2,899.99 USD, £2,749.00 GPB, €3,199.00 EUR, $5,599.00 AUD, ¥418,000 JPY) Admired for his inspiring playing ability and song-writing prowess, George Harrison reigns as one of the premier icons in music history. To honour Harrison’s venerable career, we created the George Harrison Rosewood Telecaster®, a limited-edition tribute that embodies George’s elegantly restrained playing style and sound. Based on the original Telecaster® created for Harrison by Roger Rossmeisel, this guitar remains true to its heritage with a classic look and the unique tone only an all-rosewood guitar can produce. The body is chambered for reduced weight and increased resonance; other features include a rosewood neck with a laminated 9.5″ radius rosewood fingerboard and a custom neck plate engraved with an Om symbol. A classic in every way, this refined instrument was born from the era that defined rock n’ roll. George Harrison’s legacy is one of innovation and creativity, and the rosewood Telecaster® became one of his primary instruments of choice. The George Harrison Telecaster® is an homage to a master and destined to become a treasured addition to any collection.

ACTOR and singer Erra Fazira has finally opened her own YouTube channel called Keep In Touch With Erra Fazira. https://youtu.be/BMMM1uogDEk According to Erra, he had ... Read More 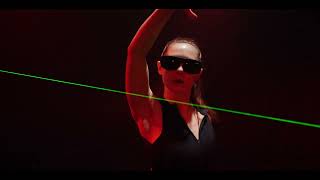