“One Too Many Heartaches” | linktr.ee/elletownleymusic

AUSTIN, Texas , March 10, 2022 /PRNewswire/ — Tween country music singer-songwriter Elle Townley continues to build upon her reputation of being a young and seemingly gifted songwriter with her junior single release of “One Too Many Heartaches,” which released today across all major digital music platforms or linktr.ee/elletownleymusic. The song is a country ballad which candidly demonstrates Townley’s mature songwriting abilities she’s developed at the tender age of only 13.

The young Texas teen has been writing and recording with hit-making Nashville songwriter & producer Britton Cameron (Don Williams, Jon Pardi, Dillon Carmichael) since her debut in 2021.

“Songwriting is like therapy for me; it’s how I deal with difficult situations, and people often tell me that they can relate to,” said Elle. “‘One Too Many Heartaches’ is about feeling vulnerable while opening up to someone new, and realizing that the reward can be worth the risk.”

The lyric video for “One Too Many Heartaches” exclusively premiered by Postcards Magazine on March 8, who will also feature the up-and-coming country songstress in their upcoming monthly print editions in Piney Woods (April), and Lake Conroe (May). Townley’s recent interview with music journalist Amy Barret chats on her growth and development as a songwriter.

About Elle Townley:
Hailing from Georgetown, Texas, Elle Townley first turned heads belting out Disney princess songs as a small child. Over the past few years, she has evolved and refined her musical style to incorporate classic country influences with her own modern expressions. She has steadily built a loyal following across central Texas, performing at a variety of venues and events, along with singing the national anthem for the Round Rock Express, the Austin Spurs, and an audience at the Texas State Capitol. In 2020, Elle earned a spot as a top five finalist in the Houston Rodeo Rockstar competition. Through her work with PCG Artist Development in Nashville, Elle has increasingly focused on her own songwriting. She has been collaborating with numerous veteran songwriters and producers, including Britton Cameron, Margaret Becker, Drew Womack, and Matt Noveskey, who produced her debut single “Trouble With Trouble,” which was recorded at the legendary Orb Recording Studios in Austin, and debuted in November 2020, with the song’s video making its premiere on The Country Network. 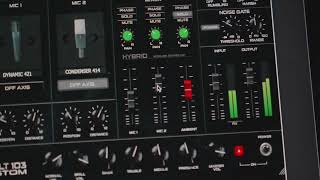