ALTHOUGH often asked questions about tips on marrying young men, revealed Rosnah, 67, there are still a handful of individuals who think that she is using the wrong way.

“Usually those who come to make me think that I use magic …. I said back, ‘do you think you want to make your men look stupid, bow down because it’s time to go?’.

“For me, if the question is as if I am a ‘mandrem’ (use spell) that allows us to survive for 14 years, my answer is no …

“Three things need to be held even if he is younger than me; honest, sincere, trustworthy! Then, the marriage will be safe.

“Any secret only the husband and wife know. He never hid anything behind me. That’s an advantage he (husband) has.

“He told me, other people are jealous of us and will do all sorts of things to us. They said, a year or two apart. That’s people’s prayers.”

Rosnah was spotted at the preview ceremony and press conference of the film Tiga Janda Melawan Dunia at GSC Tropicana Garden Mall, Petaling Jaya on Tuesday.

The comedy film, which will be screened starting May 19, features different acting sides of Khatijah, Normah and Raja Azura.

Meanwhile, Rosnah admitted that throughout her marriage with Tajul Effendie Isa, 41, they never once quarreled to the point of frowning.

“I know a lot of people ask about marrying a younger man. The problem is I keep my husband in a jewelry closet, the key is in my hand! People can look, they can’t get close.

“Alhamdulillah, we have been married for 14 years, we have never had a big fight … God is a gift for us …

“He had our respect, always apologized, spoke in a kind tone.

Rosnah and Tajul got married on 13 November 2008 at the Al Khairiah Mosque in Taman Sri Gombak. Initially, Rosnah denied that she was married, but eventually admitted that she had to keep the matter a secret for personal reasons. 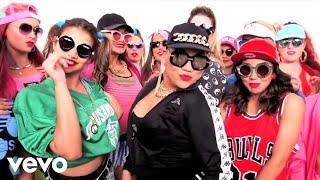