Twins Lucas and Marcus began sharing their unique mix of original content in 2015 on Vine amassing 1.5 million followers within the first few years. A few years later, older brothers Darius and Cyrus joined the twins and launched ‘The Dobre Brothers’ followed by ‘Dobre Cars’, expanding the family’s YouTube presence to nearly 35 million subscribers. The Brothers have built a strong social following on other platforms including TikTok, Instagram, and Snapchat creating a network of over 130 million followers.

“We’re excited to launch Dobre House. The opportunity to collaborate with other top-tier influencers, create new content, and expand our brand partnership opportunities through the Clubhouse Media Group network is exciting,” says Cyrus Dobre. “We’re looking forward to spending time on the West Coast, working on our music, and further developing the Dobre Cars platform.”

“We are thrilled to welcome the Dobre Brothers to the Clubhouse Media Group family of creators. Working with the Brothers will strengthen our company platform and further extend our global reach,” said Chris Young, Co-Founder ofClubhouse Media Group. “We strongly believe that our relationship with brands will add valuable opportunities to the super success the Dobre Brothers have already enjoyed for the last several years.”

About the Dobre Brothers
Internet star siblings Lucas, Marcus, Darius, and Cyrus, most commonly referred to as the “Dobre Brothers”, rose to fame through their dancing, pranking, singing, and exotic car videos on all social media platforms including TikTok, Instagram, Snapchat, Vine, and most notably, YouTube. The digital natives started sharing their lives on social media in 2015 and have since grown their network to over 130 million. The Dobre Brothers have grown their brand to become, and remain, one of the most recognizable names in social media content creation. To date their content has been viewed more than 5 Billion times. Subscribe to their YouTube channels: Lucas and Marcus, Dobre Brothers and Dobre Cars and follow them on social @cyrusdobre @dariusdobre @lucas_dobre @marcusdobre

About Clubhouse Media Group
Clubhouse Media Group represents the future of influencer media and marketing, with a global network of professionally run content houses, each of which has its own brand, influencer cohort and production capabilities. Collectively, The Clubhouse reaches more than 280 million. The Clubhouse offers management, production and deal-making services to its handpicked influencers, a management division for individual influencer clients, and an investment arm for joint ventures and acquisitions for companies in the social media influencer space. The Clubhouse management team consists of successful entrepreneurs with financial, legal, marketing and digital content creation expertise. 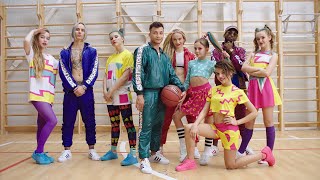 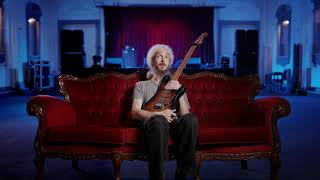 Charvel And Guthrie Govan Collaborate On Made In Japan Signature Model

Diving Deep into the METAVERSE - Two Young African American Creatives Defy the Odds to Build a Musical Tech Oasis in the Heart of a ... Read More