Chef Ammar’s Arabic rice fever, until someone is willing to take orders and resell to Johor

ALTHOUGH it is squeezed by controversy involving the so -called ‘blood -choking’ price, Chef Ammar’s rice continues to sell.

Mandy’s rice is still the people’s choice to buy so that some are willing to wait in line for a long time just to buy this viral dish .

In fact, there are also individuals who are willing to buy the arabic rice from a ‘ reseller ‘ even though it is bought at a more expensive price than the price sold by Chef Ammar.

Imagine the price sold by the ‘reseller’ is RM65 compared to RM50 sold by Chef Ammar.

Not only that, the sale of Arabic rice is not only hovering in the Klang valley area alone, but has also entered distant states including Johor.

The proof is, there are individuals or ‘ resellers ‘ who make promotional ads on the Batu Pahat community’s Facebook page.

“So logistics costs such as oil, tolls,” he said.

Although there are those who dispute the willingness of the public to buy nasi arab as expensive as that, but there are also those who ask that netizens respect their choices.

Most of them ask to respect the salesperson as well as the buyer if that is their will and ability,

HELSINKI, May 5, 2022 /PRNewswire/ -- Coldplay is partnering up with Neste to take steps towards the band's target of reducing CO2 emissions from the ... Read More

Endang Hyder had to sell his favorite violin again

PROFESSIONAL violinist, Endang Hyder who was previously infected because he had to sell his beloved violin to cover his father's medical expenses finally had to ... Read More 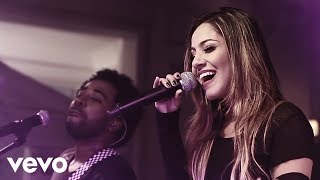