The popular K-pop group BTS made history when it became the first Asian artist to win the Artist of the Year category at the American Music Awards 2021 (AMA2021) music event announced today.

BTS has edged out other contenders like Drake, Ariana Grande, Olivia Rodrigo, Taylor Swift and The Weeknd for the same category.

Four years ago, BTS had its first appearance on the AMA stage through a DNA song performance and the group members said that the victory was like a dream.

“We are excited and nervous at the same time.

“It’s been a very unusual and‘ crazy ’journey since we started as artists.

“No one thought we were here to receive this trophy,” said RM during his speech.

BTS also made an offering with the hit song “Butter” and performed the first live collaboration with Coldplay’s “My Universe”.

AMA 2021 takes place at the Microsoft Theater, Los Angeles, USA and is hosted by female rapper, Cardi B.

The following is the full list of AMA 2021 winners:

Artists of the Year
BTS

The Rolling Stones recall their final meetings with Charlie Watts

"I could tell he was pretty tired and fed up" The Rolling Stones have recalled their final meetings with the late Charlie Watts in a ... Read More 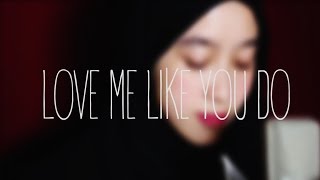 Love Me Like You Do – Ellie Goulding (Cover by NanaSheme)

Touch Mahal – ALWAYS ON MY MIND