MOUNT KISCO, N.Y., June 24, 2021 /PRNewswire/ – All For One Media Corp. (OTC: AFOM) (“All For One Media”, “AFOM”, or the “Company”), an entertainment marketing company, is pleased to announce that the soundtrack to the Company’s major motion picture, Drama Drama, is now available on all major music streaming platforms, including Spotify and Apple Music.

In addition, the hot new teen girl group, Drama Drama, comprised of the five girls from the movie, plans to release its first new single since the debut of the movie on August 1, 2021.

The motion picture, Drama Drama, based on the fictionalized back story of the girls in the music group, debuted this month as a quintessential teen “coming of age” musical dramedy meant to capture the nuances of the High School experience: teen angst, unrequited love, the mean popular girl, and peer pressure. The movie’s soundtrack features instantly likable pop songs built to accompany the movie’s infectious choreography.

Drama Drama has been featured in J14, Girl’s World, In Touch, LifeStyle, Star, and Billboard Magazine, among other publications.

“This is a very exciting time for the Company as we watch the Drama Drama phenomenon start to get real-world traction as the soundtrack goes viral,” noted Brian Lukow, President of All for One Media. “As our shareholders know, this has been years in the making, and we are now starting to actualize our vision for this project with all systems in gear. The motion picture is tasked with the job of laying a powerful branding foundation and connecting with a generation of young girls around the world. That sets the stage for August, which will mark another major milestone as the girls release their first new single following the release of the film.”

About All For One Media

All For One Media Corp. (OTC: AFOM) is an entertainment marketing company that creates projects specifically targeting the tween demographic, which is estimated to account for at least $260 billion in US domestic annual sales. Known as “Generation I” (for “Internet”), this generation’s tweens represent the first demographic to have never known a world that doesn’t revolve around the Internet and social media. AFOM has recently completed producing Drama Drama, a new movie musical that tells the story of five high school girls from five very different cliques who must work together in order to run their school’s anti-bullying organization. Perfectly capturing the nuances of high school, Drama Drama, features original and infectious pop songs about topics such as peer pressure, unrequited love, and teen angst. It is anticipated that the film will generate revenues from multiple sources, including domestic and international distribution, video on demand, merchandising, soundtrack sales, live performances, and additional ancillary sources.

For more information regarding our company, please see: http://www.otcmarkets.com/stock/AFOM/filings

SOURCE All For One Media Corp. 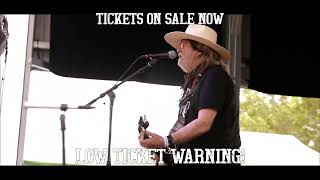 Good fortune, fate and an unexpected flight ticket save the day in ‘Lost Man Found’

Catch the Japanese series which tells the true story of a struggling actor on Disney+ Hotstar from tomorrow KUALA LUMPUR – When fortune, fate and ... Read More