All For One Media (AFOM) SHAREHOLDER UPDATE

AFOM’s flagship movie Drama Drama has been gaining momentum on YouTube where it currently has over 4.2 Million views and has been averaging over 40,000 Views per day. The growth and enthusiasm in Drama Drama is illustrated by the acceleration of views.

AFOM’S CEO, Brian Lukow stated; “by strategic choice, we have held onto many distribution rights and we are currently weighing our options to maximize both impressions and maximum monetization opportunities having demonstrated definitive “Proof Of Concept”.

Additionally, the Drama Drama Soundtrack as well as other Drama Drama songs that have been released in the last year are available on all music streaming platforms including Spotify, Apple Music, Pandora and Amazon.

As previously reported, AFOM has entered into a 50-50 Joint Venture with Robin Antin the creator of The Pussycat Dolls to cast and produce a new Boy Band, The Joint Venture, Boss Media and Entertainment, LLC has finalized and executed an Operating Agreement and plans on beginning a multi city talent search this spring.

Both Lukow and Antin have extensive experience in all phases of building multi-national successful pop groups and phenoms. Lukow commented, “The current landscape for successful Boy Bands is ripe with opportunity as evidenced by the billion-dollar boy bands One Direction and K-Pop superstars BTS and the potential sources of revenues are numerous.

As co-creator of the Boy Band Dream Street, Lukow cast and produced a Billboard Number 1 selling boy band, As the creator of Pussycat Dolls, Antin built a multi million dollar franchise and brand widely considered one of the most successful pop groups in history. The Pussycat Dolls are the bestselling girl group of the 2000s’ and the most successful girl group in the world since the Spice Girls in the 1990s.

While there can be no guarantee of success, our shared vision is to develop “the next big thing” in pop music and our goal is to reach the same heights as the groups referenced above.

In addition, ALL FOR ONE MEDIA Corp. has recently raised capital that will be non-dilutive to AFOM shareholders as well as restructured $500,000 of existing debt from convertible to non-convertible debt, reducing both potential dilution and the derivative liability on AFOMs balance sheet.

As previously reported, AFOM has reduced its exposure to Convertible Debt from nine debt holders to three.

All For One Media Corp.- (OTC-PINK: AFOM) is an entertainment marketing company that creates projects that specifically target the tween demographic. It is estimated that the tween demographic is responsible for at least $260 billion annually in direct sales in the United States alone. Known as “Generation I for “Internet,” this generation’s tweens represent the first demographic to have had only known life with the Internet and social media. AFOM has recently completed producing “Drama Drama,” a new movie musical which tells the story of five high school girls from five very different cliques who must work together in order to run their school’s anti-bullying organization. Perfectly capturing the nuances of high school, “Drama Drama,” features original and infectious pop songs about topics such as; peer pressure, unrequited love, and teen angst. It is anticipated that the film will generate revenues from multiple sources including domestic and international distribution, video on demand, merchandising, soundtrack, live performances, as well as other ancillary sources.

SOURCE – All For One Media Corp.

IK Multimedia is proud to announce new value-adding initiatives for all hardware products beginning February 1, 2022. All IK products, be it an interface, a ... Read More

PUTRAJAYA: National Artists' Day which is celebrated on May 29 is changed to March 22 every year. Malaysian Minister of Communications and Multimedia (KKMM), Tan ... Read More 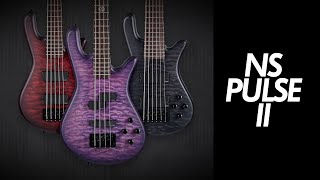 Spector Basses are delighted to announce the release of their NS Pulse II Series basses. Following in the footsteps of the Spector’s sandblasted NS Pulse ... Read More