Ali Puteh is disappointed to be tricked into becoming a chicken ambassador, he does not want others to be victims

COMEDIAN Ali Puteh said he no longer has anything to do with a chicken supplier company after being appointed ambassador last April.

He said the decision was made because he refused to be associated with the company, especially in matters of chicken supply to traders and buyers.

“I don’t want any party to face problems when dealing with the supplier company after some issues arose.

“Honestly I was also disappointed with what happened when the agreement between me and the company didn’t go as it should,” he said.

Ali, 33, also expressed regret for having given his full commitment as an ambassador but did not receive any payment as promised.

Ali added that he dropped several offers worth tens of thousands because he wanted to focus on being an ambassador and chicken entrepreneur with the company as requested.

“I accepted the offer because I was introduced to a friend who I knew and a business opportunity was also offered to me.

“I see it as a great opportunity to generate a more stable income but other things arise,” he said.

Ali said he also had a valid contract with the company and had tried several times to get an explanation but there was no solution.

Unfortunately, Ali added that he did not receive any payment and benefits during his ambassador’s tenure despite making some commitments.

“I accept and I believe there is a lesson in it, only I need to appear to make an explanation in this regard.

“I refuse to let problems arise and my name is associated when this company makes a transaction. I do not want any other party to be a victim,” he said.

“If I’m at home crying with the children, netizens don’t come knocking on the door to help” – Shuib

https://youtu.be/fadBdJwbxJ0 Comedian and popular entrepreneur, Shuib Sepahtu admits that it is difficult to 'move on' even though his beloved wife, Siti Sarah Raissuddin has gone ... Read More 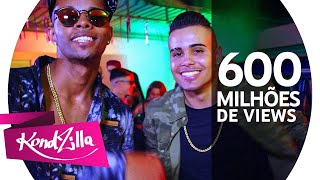 School’s out. Kids, let’s have fun! – Five getaways to enjoy this school holiday

With the September school holidays starting this week, The Vibes Culture and Lifestyle lists five destinations that families can enjoy with the time they have ... Read More