The track highlights the magnetic group harmonies of these super talented seven singers. Shimmering production underscores the vocal melodies as their energy powers the chantable chorus, “We’ve got candy hearts. We are the sweetest things you’ll ever meet!” The accompanying visual highlights the girls’ buoyant and bubbly spirit on-screen as they bring “Candy Hearts” to life in the sweetest possible fashion. It also paves the way for more music soon.

XOMG POP! will make their television debut with the first-ever performance of “Candy Hearts” on ELLEN Wednesday December 22. Be sure to tune in!

The group has over 6 million followers on social media and has already stirred up a buzz. E! profiled them, while Just Jared JR. described them as “rising young stars.” JoJo and Jess also spoke to The View about XOMG POP! 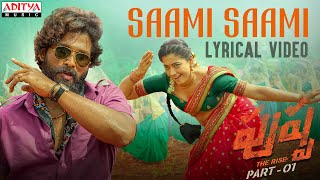 Mira Filzah is pregnant, the baby will enter the third trimester

The riddle of the fans over the past few months was answered when the husband of the famous actor and host Mira Filzah announced that ... Read More

Gretsch Drums is proud to introduce the Ash Soan Signature Snare drum. The U.K. based session ace has been putting the prototype through its paces ... Read More