The drug misconduct case involving celebrity Nia Ramadhani with her husband, Ardi Bakrie and their personal driver ‘ended’ with a prison sentence.

Nia and her husband as well as the driver, Zen Vivanto were reportedly sentenced to one year in prison. The sentence was decided by a line of judges led by Chief Justice Muhammad Damis at the Central Jakarta District Court (PN), today.

“The punishment that should be handed down to the defendants is imprisonment because the defendants Zen Vivanto, Nia Ramadhani and Ardi Bakrie have been proven legally and convincingly to have committed the offense,” said Muhammad Damis as reported by Kompas.

Upon hearing the judge’s decision, Nia was seen just bowing her head and shedding tears while Ardi was only able to look at his wife who was crying.

Apart from Nia, some family members and friends, including the actor’s manager, also appeared in tears.

Prior to this, Nia, Ardi and their guide had been directed to undergo the recovery process at a Cibubur RSKO center for 12 months. However, they only had time to recover for five months at the recovery center, Fan Campus, Cisarua, West Java.

Earlier, the couple’s personal driver was arrested by the police after he was found in possession of syabu weighing 0.78 grams in mid -2021.

His arrest led to the arrest of Nia, who at the time was believed to be engaging in activities involving the use of syabu. Ardi, then came to surrender at the police station the same day. 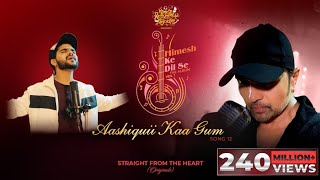 BackRoad Gee – ‘Reporting Live (From The Back Of The Roads)’ review: a rising star in the UK’s rap scene

Though plans "aren't finalised yet" Adele is currently seeking a venue to host her Las Vegas residency, it has been reported. The London singer, who ... Read More