A ‘most luxurious’ hotel in Dubai, the new Atlantis The Royal has been launched with a bang.

One of the things that caught the attention of the audience was the launch of a hotel that took into account the concept of ‘beautiful’ when filmed in Instagram, were invited guests and artists who performed.

Not pretentious and considered equal to the luxury on display, the hotel has invited the famous international pop star, Beyonce to perform.

Being the first performance after four years of no concerts, Beyonce’s payment to perform as an entertainer at the launch made headlines in the local media.

Beyonce has been charged with receiving fees in excess of RM111 million (20 million pounds) for performing for one hour!

The appearance of the Crazy In Love singer also became a mouthful when she looked very stunning with a yellow dress and a performance that felt worthwhile for such an exclusive event.

Selected guests who were invited received luxurious souvenirs including a set of combs made of gold.

However, the hotel and management of the singer who was present with her children and her husband, Jay Z did not give an official statement.

Meanwhile, Dailymail reported that Beyonce and her family stayed in one of the most expensive rooms, The flagship Royal Mansion , estimated to reach RM374,000 a night.

It is located on the 22nd floor with four bedrooms, a cinema, a private swimming pool and a ‘security room’.

Atlantis The Royal has 795 rooms with 44 of them having an infinity pool. The usual price for a room starts from RM4,700 per night.

In addition, it has 17 restaurants and bars involving eight celebrity chefs and a shop that sells works of art by the artist Picasso.

Prey brings the cinematic experience over to streaming, but is it enough? 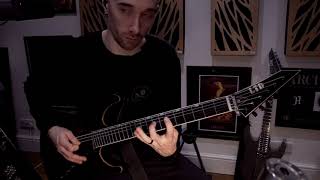 UK based award winning guitarist Josh Middleton, has confirmed his appearance on the Guitar Live Stage at the UK Bass and Guitar Show at the ... Read More